Whether you’re a fan of her music or not, it’s impossible not to be left mesmerised by the talented cast of Tina: The Tina Turner Musical. After being closed for over a year, Tina has recently opened its doors to an eager audience waiting to get back into theatreland, and it feels as though the hiatus has made live performance sound ever better.

Or perhaps it is the incredible talent of Aisha Jawando who stars in the leading role of Anna Mae Bullock as she transforms into superstar Tina Turner. Jawando doesn’t much look like Tina, but she embodies her more than any lookalike could. Her voice has the same gravelly, rocky tones as the Queen of Rock & Roll, and with her blonde 1980s mullet wig, mini skirt and jerky, Tina-esque moves, you’ll be forgiven for thinking you’ve been transported back to that decade to watch the woman herself on stage. 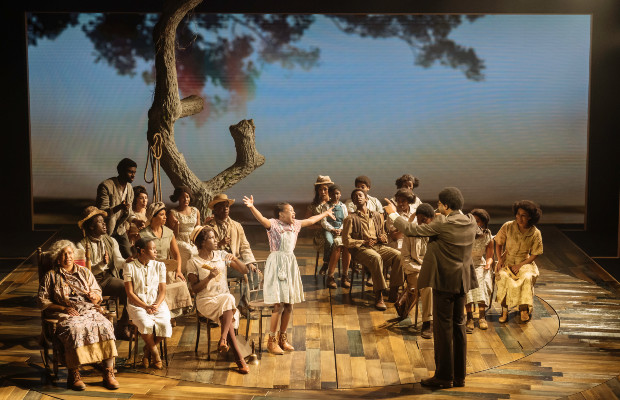 Tina: The Tina Turner Musical starts from humble church beginnings, where little Anna Mae can’t sit still amongst the Tennessee congregation and instead gets up to sing louder than anyone else in the room – much to her mother’s embarrassment. After being abandoned by her parents and raised by her grandmother, she is reunited with her mother and sister in St. Louis as a teenager. However, Anna Mae’s troubled and almost non-existent relationships with her mother and sister are swiftly overshadowed by her abusive partnership with Ike Turner as she evolves into Tina Turner – a name given to her by the local star.

Playing Tina’s manipulative husband and professional partner is Jammy Kasongo. Kasongo brings the violent, cheating and charming Ike to life, and he portrays the jealousy and nastiness that he has towards Tina convincingly. As he embraces the swinging sixties with sex, drugs and rock and roll, Tina is steadily growing more famous, recording "River Deep, Mountain High" with Phil Spector as Ike is told he isn't needed. This only intensifies Ike's abuse, before Tina decides that enough is enough. 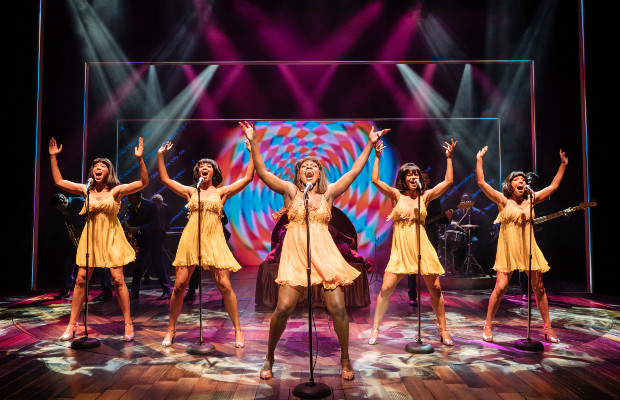 The first half of Tina interweaves the abuse she had to endure from Ike with intoxicating performances of her early hits, and the second fast-forwards to the eighties, where the icon breaks free from her abuser and relaunches as a solo artist. As a black woman in her forties, Tina is called a has-been and much worse by the Capitol Records execs, before proving them wrong with her first solo hit "What’s Love Got to Do With It". It felt a little awkward to watch Tina be saved by the white man in the end – her Australian manager Roger Davies (Garmon Rhys) and German love interest Erwin Bach (Joseph Richardson), but Jawando’s electrifying performances at the end show us that perhaps they needed her more than she needed them.

Phyllida Lloyd’s production of Tina will leave you in awe long after Jawando and the rest of the cast have left the stage. Even if you only know a couple of Tina Turner songs, the jukebox musical about the life and rise to stardom of one of the world’s most captivating performers is one you won’t want to miss.

Reviewed by Alice Bzowska
TICKET OFFER
No Booking Fee!
Booking until 18 December 2022
Run time is 3 hours (including an interval)