A magical dose of escapism

Over a decade since its London premiere Wicked is still flying high in the West End, and it’s not hard to see why. Crammed with catchy music, gravity-defying singers and an unforgettable tale of friendship and acceptance, this Wizard of Oz prequel is a dazzling origin story for an iconic villain.

Based on Gregory Maguire’s 1995 novel, Wicked is the previously untold story of Elphaba, the notorious Wicked Witch of the West, and her friendship with Glinda the Good. Despite being chalk-and-cheese - one a pretty and popular extrovert, the other a sarcastic misfit - the pair form an unlikely friendship at Shiz University. But when they discover a dark secret at the heart of the Emerald City, their loyalties are tested to breaking point. 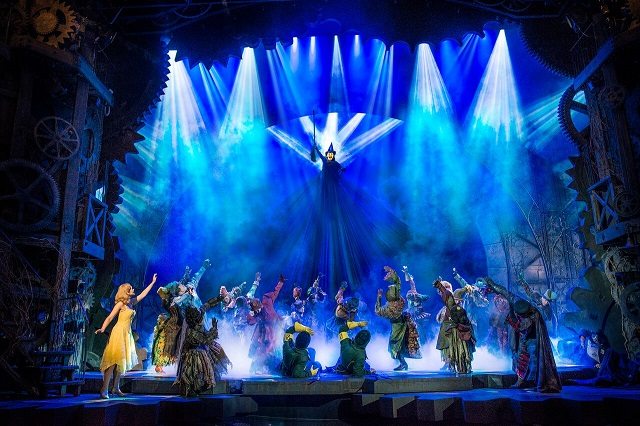 This is a production that feels and still looks ambitious, thanks to Eugene Lee’s set design and Susan Hilferty’s costumes, both bursting at the seams with technicolour fantasy. Even the Apollo Victoria Theatre’s Art Deco, emerald-green interiors feel like a trip down the yellow brick road and into Oz. And if the flying effects during Act One’s closing number “Defying Gravity” look a little creaky, it’s still an exhilarating moment of theatre magic bolstered by actress Nikki Bentley’s towering vocal performance.

Stephen Schwartz’s score deftly handles the emotional highs and lows of the story and showcases the versatility that makes him a musical theatre legend. From the peppy, toe-tapping “Popular” as Glinda inducts Elphaba into her world, to the foreboding notes of “No Good Deed” as the green witch is cast out of Oz, the cast deliver Shwartz’s soaring, playful music with gusto.

Amongst all the bells and whistles, it could be easy to lose sight of the characters we want to root for. Luckily, Winnie Holzman’s script delivers pathos alongside the spectacle, and director Joe Mantello knows how to balance knockout drama with intimacy, drawing excellent performances from Bentley (Elphaba) and Helen Woolf (Glinda). 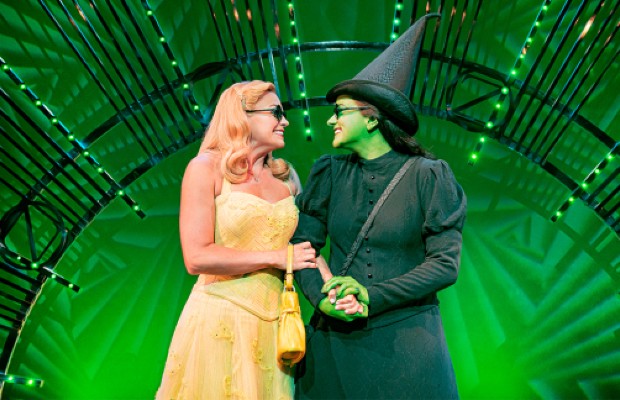 The duo ground the show with their affectionate, sometimes mischievous portrayal of two headstrong young women who struggle to do what’s right - and they’ve got the lungs to match, with Woolf’s witty, sweet-as-pie singing a particular crowd-pleaser. They’re supported by an excellent extended cast, including Alistair Brammer as Fiyero and Andy Hockley as a wheedling, slimy Wizard you really do love to hate.

Despite being a prequel to a well-known story, Wicked is still a fantastic ride with plenty of tricks up its sleeve. It’s rightfully taken its place amongst London theatre’s long-running shows, offering a magical dose of escapism for anyone who wants a peek behind that infamous curtain.

Reviewed by Alice Perry
TICKET OFFER
No Booking Fee!!
Booking until 26 November 2023
Run time is 2 hours 45 minutes (including an interval)