The relationship between the Royal Shakespeare Company and the Barbican goes back a long way, so it is good to see it thrive with the arrival of their three summer Stratford productions in London, performed in rep by a diverse company of 27. First up is Kimberley Sykes’ effusive take on As You Like It, that age-old tale of a woman running away to the forest and dressing up as a man to teach her would-be lover how to be a better boyfriend. As befits the setting, Stephen Brimson Lewis’ design prioritises natural textures in a beautiful way and Bretta Gerecke’s lighting dapples it just so to create a beguiling Forest of Arden, further enhanced by Tim Sutton’s musical contributions, which are threaded throughout. 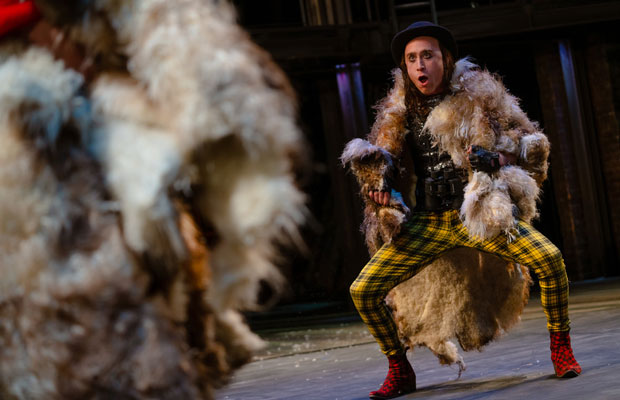 There’s so much to appreciate in Sykes’ production, from the silly to the sublime. From post-it coats to breath-taking reveals in the finale, this is a treasure trove of glittering moments. I could watch Emily Johnstone’s Le Beau walk through grass for hours on end, and thinking of Sophie Khan Levy’s Celia hiding with her skirts over her head is still making me giggle now. And at the same time, there’s something brilliantly heartening about the casting of two actors with disabilities (there are three in the wider company), whose conditions are not referenced and are not particular to the characters. They are being allowed to be – as they should be – just actors (Charlotte Arrowsmith’s strikingly self-possessed Audrey is definitely worth a shoutout here).

At the heart of the play is the love story between Rosalind and Orlando, a bashfully gentle romance that is rendered with real warmth here, as in David Ajao’s genial demeanour as he discovers the joy of writing love letters by including members of the audience in a most amusing manner. But Lucy Phelps’ Rosalind is a spectacularly assured performance, impassioned and insightful, with a fizzing comic energy that recalls Kate McKinnon (especially when dragged up as Ganymede). Her connection to the audience is one to cherish but there’s something so compelling about her approach to the character that makes you thoroughly believe she’s living her true self here, even when in disguise. 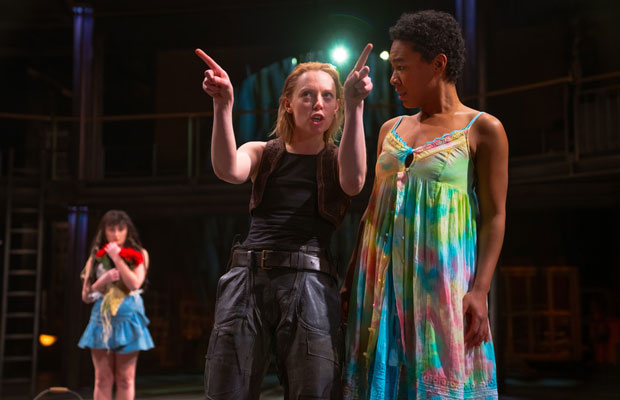 Sophie Stanton’s Jacques is another piece of astute casting; a wryly no-nonsense take on the role. She somehow deepens the character, making her melancholy more meaningful as the infectious joy of this ensemble, indeed this whole production, somehow passes her by. There’s strong work, and strong tartan too, from Sandy Grierson’s sharp-edged clown Touchstone (Gerecke’s costuming is on point throughout), and Antony Byrne’s beautifully spoken duo of dukes. Altogether, there’s little to disappoint here at all. It raises the spirits rather marvellously now the nights are starting to draw in.