Adam Kay: This is Going to Hurt (Secret Diaries of a Junior Doctor) 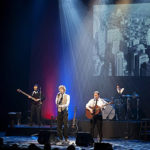 “THE SHOW’S SIMPLICITY EMULATES THE MUSIC ITSELF”  As one of the most successful folk duos of all time, Simon and Garfunkel wrote and sang some of the most memorable and influential songs of the late sixties and early seventies. With their soft and distinctive vocal harmonies, I had reservations about just how similar a pair […]