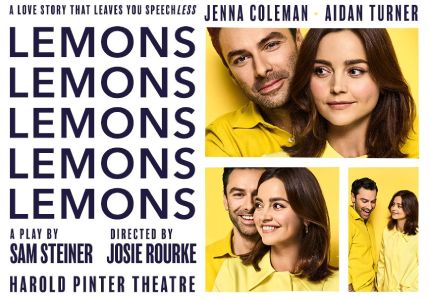 Jenna Coleman and Aidan Turner star in Sam Steiner’s acclaimed play about a couple who must learn to communicate with fewer words. This bold, funny and moving two-hander is set in an alternate reality, after a government-imposed “hush law” restricts how many words people can say each day. The irreverent rom-com premiered in Edinburgh in 2015, and now transfers to the West End’s Harold Pinter Theatre for a strictly limited season, directed by Josie Rourke.
Read more
FIND TICKETS
Booking until 18 March 2023
Run time is 75 minutes (no interval) 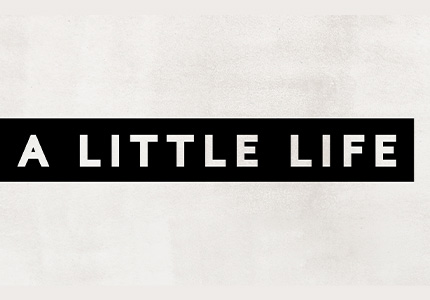 James Norton and Omari Douglas star in a bold and gripping stage adaptation of Hanya Yanagihara’s Booker Prize nominated novel A Little Life. This devastating but hopeful story about the power of love and friendship in the face of life’s darkest moments is transformed by visionary theatre director Ivo van Hove, who first staged his adaptation in Amsterdam in 2018. A Little Life’s West End debut at the Harold Pinter Theatre marks its English-language premiere, fronted by a stunning group of actors playing friends Jude, Willem, JB and Malcolm over three decades.
Read more

The Harold Pinter Theatre box office is located within the theatre building on Panton Street and is open Monday to Saturday from 10am up until the start of the performance (evening performance on two show days.) Tickets can be collected from the theatre on show days in the hour before the performance is due to start. Collectors must take their booking reference and the card on which they made the booking as proof of purchase. Visit the official website

Previously the theatre was named the Comedy Theatre, but was renamed to honour playwright Harold Pinter when he passed. Originally opening in 1881 with comic opera The Mascotte, the building housed operettas and small comedies, with world premieres of Falka (1883) and Erminie (1885).

Pre-War performances included Raffles (1906), and Peg O’ Heart of Mine (1914). Throughout the First World War. the venue began to establish itself in the West End, hosting revue shows from Charles Blake Cochran and Andre Charlot. The Comedy Theatre also was pivotal in overturning theatre censorship, staging productions such as premiere's of Arthur Miller's A View From the Bridge and Tennessee Williams' Cat on a Hot Tin Roof.

Throughout the 90’s the theatre became home to a large number of Harold Pinter plays including The Homecoming (1991), The Caretaker (1992), Moonlight (1995) and The Hothouse (1995). Soon, a mixture of productions began to come into the Comedy Theatre, with notable shows including Steptoe and Son in Murder at Oil Drum Lane (2006), The Rocky Horror Show (2007), starring David Bedella, Dickens Unplugged (2008) and Andrew Lloyd Webber's Sunset Boulevard (2008-2009), directed by Craig Revel Horwood.

A range of stars have appeared at the theatre, including Matt Lucas in Prick Up Your Ears (2009), Keira Knightley and Damian Lewis in The Misanthrope (2010), Mark Rylance and Joanna Lumley in La Bete (2010). In 2011, ATG bought the venue and renamed it the Harold Pinter Theatre, in honour of the playwright. Keira Knightley starred in The Children's Hour (2011) after this, with Kristin Scott Thomas in Betrayal (2011) and Thandie Newton in Death and the Maiden (2011-2012).

Alan Ayckbourn's Absent Friends (2012) received an acclaimed revival, starring Kara Tointon and Reece Shearsmith, which was followed by a Terence Rattigan and David Hare double-bill of South Downs and The Browning Version (2012), with Anna Chancellor. Another Ayckbourn play received an all-star revival, with A Chorus of Disapproval (2012-2013) starring Rob Brydon, Nigel Harman and Ashley Jensen.

In 2014, Olivier Award-winning The Kinks' musical Sunny Afternoon transferred to the Harold Pinter Theatre from the Hampstead Theatre, where it remained for an impressive two years. Following the musical's departure, Mark Rylance's Broadway play Nice Fish (2016) transfers, followed by Imelda Staunton and Conleth Hill in Who's Afraid of Virginia Woolf? (2017).

Following a five star revival of Who's Afraid of Virginia Woolf?, 2017 sees Andrew Scott take the lead role in Robert Icke's new production of Hamlet, transferring to the theatre from the Almeida. Hamlet is followed by J.T. Rogers' Tony Award-winning Broadway play, Oslo, which ran for a strictly limited 3 months.

2018 kicked off with an anniversary revival of Harold Pinter's The Birthday Party, starring Toby Jones, Zoe Wanamaker and Stephen Mangan, followed by a short-run of circus extravaganza Cirque Berserk. Nina Raine's Consent transferred to the Harold Pinter Theatre in May 2018, with a revival of David Walliams' Gangsta Granny playing throughout the summer.

During the summer, the stage adaptation of Captain Corelli's Mandolin transferred to the venue, following a successful UK tour.

Most recently, star of stage and screen Ian McKellen brought his hugely acclaimed one-man show Ian McKellen on Stage: With Tolkien, Shakespeare, Others and You for a limited season following an 80+ venue tour around the UK to celebrate his 80th birthday.

Olivier Award-winning playwright, Conor McPherson presented his version of Anton Chekhov's Uncle Vanya in January, starring Toby Jones and Richard Armitage. A transfer of Laura Wade's acclaimed new play The Watsons after the theatre was forced to close due to the COVID-19 pandemic. David Tennant's planned return to the London stage in CP Taylor's powerful play Good was postponed.

The theatre reopened in May 2021 with a season of new work spearheaded by Sonia Friedman and director Ian Rickson. The RE:EMERGE season saw three plays make their West End debuts – Walden, J'Ouvert and Anna X.

2022 opened with James McAvoy returning to Jamie Lloyd's Cyrano de Bergerac for a strictly-limited engagement, followed by two solo tour-de-force performance's with Ruth Wilson in The Human Voice and Jodie Comer in Prima Facie. The postponed new production of The Seagull starring Emilia Clarke played at the theatre in late spring, followed by David Tennant in C.P Taylor's play Good in the autumn.