As charming and peculiar as expected

As a teenage girl in the noughties, proclaiming to be a fan of the 2001 French film Amélie was a given if you wanted to come across as quirky and cultured. The iconic movie introduced us to peculiar yet endearing Amélie Poulain and has remained a cult classic since we watched Audrey Tatou smile cheekily into the camera eighteen years ago. Now, Amélie graces the London stage staring French-Canadian actor Audrey Brisson in the title role, and although it has its flaws, it’s as charming and peculiar as I expected.

Amélie tells the story of a Parisian woman who started life with a sheltered childhood. She is homeschooled and convinced by her own parents of the impossibility of having real connections with other human beings. When Princess Diana dies suddenly in Paris, she retreats to her reclusive apartment, hidden behind the clock face of the Metro, dreaming of plotting kind deeds in secret for those in the Montmartre café where she works. However, her schemes are halted when she becomes intrigued and infatuated by the bearded, bespeckled Nino (Chris Jared), who oddly collects discarded and torn photobooth strips. 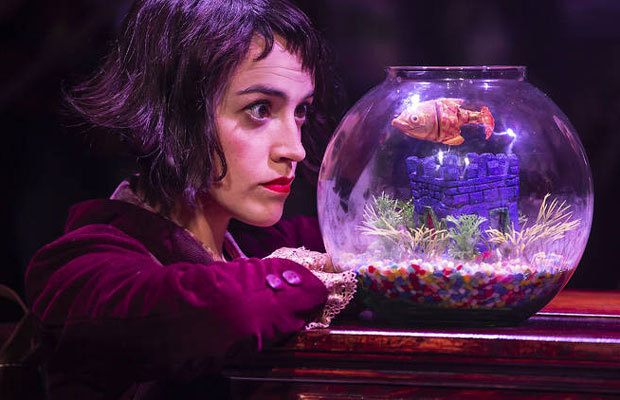 With the book by Craig Lucas and music and lyrics by Nathan Tysen and Daniel Messé, Amélie is almost sung-through, with very little dialogue outside of the songs. Accompanying Brisson on stage is a cast of twelve actor-musicians, who are impressive from the moment the forlorn sounds of the accordion start the show. Carrying their instruments with them across the set, which often transform into pieces of furniture, the cast of pianists, guitarists and a flautist, plus many others, all have pleasant voices that harmonise beautifully, and they’re impressive to watch and listen to. One of the issues with the music, however, besides the songs being mostly forgettable and quite samey, is the fact that the instruments often drown out the lyrics – problematic when the story is told through the songs.

Amélie is a dreamer, and these imaginations of hers are curiously and quirkily brought to life in the form of puppets – skillfully controlled by the talented ensemble and designed by Dik Downey. There’s a giant pet goldfish from her childhood and a creepy garden gnome, but one of the most entertaining daydreams of hers is when Caolan McCarthy transforms into Elton John singing at Princess Diana’s funeral. Tinkering at the keys in a piece which sounds like it’s been lifted straight from Elton’s back catalogue, he sings in a twang very similar to the man himself, and this was a hilarious highlight to the show. 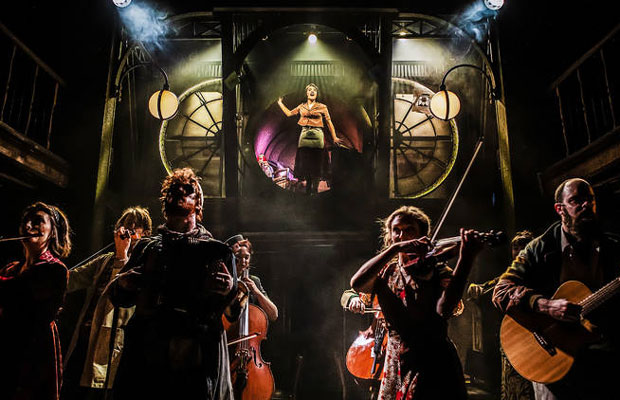 The French accents aren’t always so French, and the musical becomes a little flat with not much light or shade after the impressive opening. But overall, Amélie is heart-warming, eccentric and funny, and if you’re a fan of the film, you’ll enjoy the quirky charisma from Brisson who breathes some fresh air into the iconic character.