A gripping play with a few too many twists

Sarah Rutherford's new production starts with teenage twins Lenny and Billie teasing one another - him carrying his sax, her rolling around on her wheelie shoes. Although jokey in tone, their discussion soon turns to death - the theme that drives The Girl Who Fell's plot.

Sam's suicide, seemingly connected to an incident that went viral on social media, leaves her mother, Thea (Claire Goose), blaming herself for her daughter's death. At first, Lenny (Will Fletcher) and Billie (Rosie Day) share this view, but, driven on by their sibling jealousy, they also point the finger at each other. Only later do they admit their own failings as her friend (Billie) and boyfriend (Lenny). 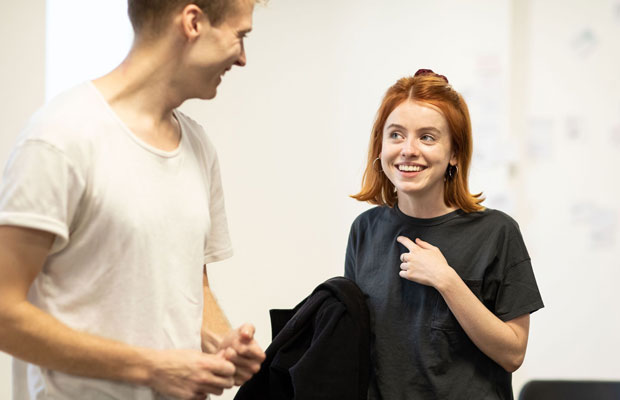 The fourth and final character is Gil (Navin Chowdhry), a seemingly confident man who the audience first meets in a cafe trying to flirt with Thea. As the two grow closer, it becomes clear that he is far from happy and has a large, and deeply relevant, secret he has been hiding.

The play grips throughout, constantly offsetting seriousness and despair with humour and warmth. Such is the case on Billie's numerous visits to Thea's house, where the precocious teenager tries - except in one notably vitriolic outburst - to comfort a grieving mother. She makes use of her quick wit and their shared love of quotations.

The issues explored are wide-ranging - from the dangers of social media and drug use, to jealousy, remorse and, of course, death. So are the plot twists, which hinge around Gil's backstory and his relationship with Thea. At times, especially towards the end of the performance, it feels as if the play could do with fewer of them. 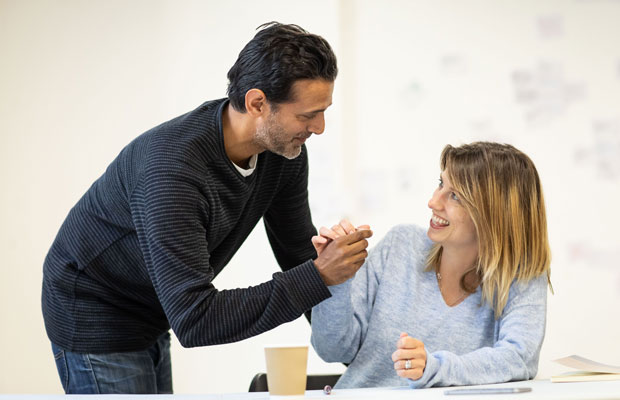 The acting, however, is brilliant. In particular, Rosie Day steals the show as Billie, a sharp-tongued and insecure teenager desperately attempting to fit in and equal her more outwardly successful brother. Rutherford’s attuned writing pairs beautifully with Hannah Price’s human-focused direction and this shows in very believable performances all-round.

The final scene features a neat piece of symmetry, the poppy seeds strewn by the twins at the very beginning of the play are in bloom. Likewise, we have watched the protagonists, as well as the difficult themes of the play, grow towards an undefined conclusion that is stronger for its lack of finality.

Note: Images shown are of rehearsals for The Girl Who Fell, not the final production