An unforgettable evening in The Room Where It Happens

Hamilton is one of those rare shows in theatreland that transcends into the public consciousness and everyone from the ‘coolest’ people you follow on social media to your great aunt Hilda is likely to have heard about this musical phenomenon.

Lin-Manuel Miranda’s genre-defying musical, effortlessly segueing from hip-hop and R&B, to classic showtunes and pop, has been breaking records since 2015 and celebrates two years at the Victoria Palace Theatre at the end of 2019. 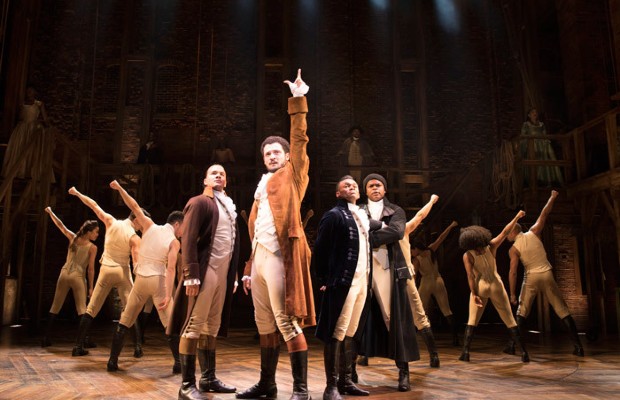 The show is a relentless 100-year journey through American history, specifically the story of the lesser-known founding father, Alexander Hamilton. Over the course of two hours, we learn how this immigrant from the Caribbean was instrumental in shaping the foundation of the United States of America, from his defence of the constitution to creating a new financial system as the Treasury Secretary.

Miranda’s score is so full of catchy hooks, puntastic lyrics and bombastic choruses, that it’s almost impossible to pick a favourite. It’s no surprise the cast album has been lauded with awards and is the biggest selling cast recording of all-time. 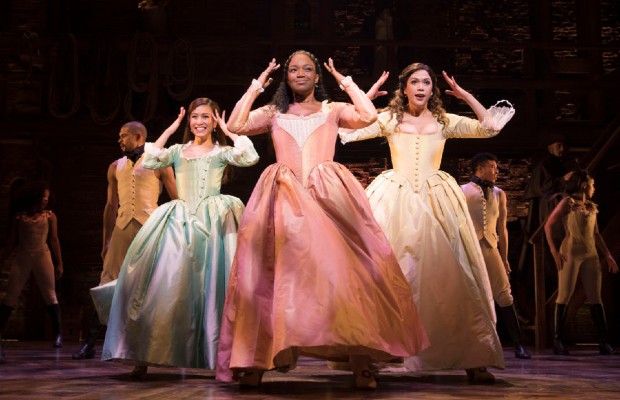 Under the direction of director, Thomas Kail, every moment feels necessary and thought through. The ensemble, one of the slickest in all of the West End, effortlessly form a bullet flying through the air in one scene, then act like the most stylish stage hands in another. Andy Blankenbuehler’s choreography is modern yet timeless, while Howell Binkley’s lighting and Nevin Steinberg’s sound design seamlessly transport the audience from Hamilton’s intimate study to a lavish Winter’s Ball.

The hype surrounding Hamilton is inescapable. Even now, two years after its West End premiere, tickets are still expensive and the show is still selling out night after night. It’s a hype that is deserved. Spending an evening in The Room Where It Happened is an unforgettable experience, mainly because it’s impossible to get the songs out of your head!