The Secret Diary of Adrian Mole - The Musical review - June 2019

"It will definitely leave you smiling..."

We all remember being 13. It’s that awkward stage where you start getting spots and fancying people, and might be lucky enough to sport a set of train tracks too. This awkwardness is portrayed wonderfully on the stage in this hilarious musical adaptation of Sue Townsend’s classic story of Adrian Mole, where themes such as family turmoil, unrequited love and of course, teenage troubles, are explored against an entertaining soundtrack.

Its 1980s Leicester and Adrian Mole is an intellectual – as he keeps telling us – who doesn’t fit in with the rest of the kids. He has fallen for pretty new girl Pandora and is seemingly unaware that his parent’s marriage is falling apart. Four different child actors play the misunderstood poet in this new stage version at the Ambassadors Theatre, and on my evening I was treated to Mikey Hawkins, who portrays the lovable geekiness of the character with credibility and ease. All of the main child actors were comical and brilliant to watch, with Matilda Hopkins particularly shining in her role as love interest Pandora. 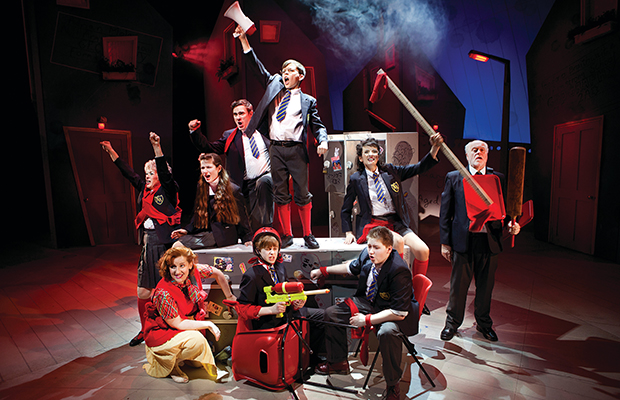 The score by Pippa Cleary is fun, with the track ‘Misunderstood’ standing out amongst the others, however a lot of the other songs aren’t as memorable and will be soon forgotten as you exit the theatre. The book by Jake Brunger brings to life the setting and era well with its outrageousness and hilarity, but much of the second act involves the kids performing their school play, which although funny, feels slightly derailed from the rest of the story.

The daily dramas of Adrian’s adolescent life as a 13 and ¾ year-old however, are conveyed with charm and appeal by director Luke Sheppard with a lively and endearing cast, and it will definitely leave you smiling for much of it. See it for the laughs and nostalgia.