Particularly relevant and disquieting in the #MeToo era

Gregory Doran’s production of Measure for Measure is set in Vienna in the early twentieth century. The choice works well for a play all about hypocrisy, with the city’s vices thinly hidden behind its outward show of respectability and grandness.

After the Duke’s decision to hand over power to Angelo, the new lawgiver wastes no time in curbing his citizen’s perceived moral laxity, sentencing Claudio to death for having sex with his fiancée before marriage and ignoring all pleas for clemency. 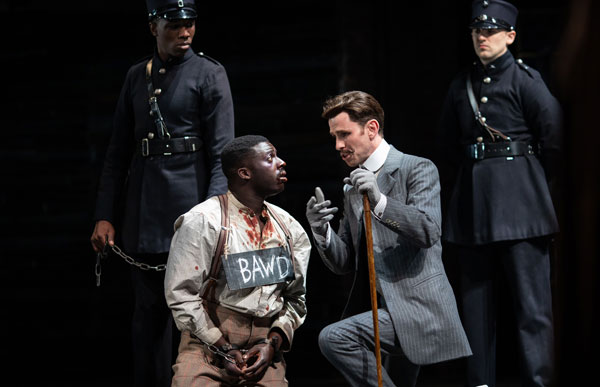 Unlike Claudio, the cast does contain some morally suspect figures, including the pimp Pompey and the brothel-goer Lucio. Joseph Arkley’s sleazy Lucio and David Ajao’s slippery Pompey succeed in offering comic if one-dimensional flourishes throughout.

However, it is Angelo who is by far the most problematic character. Sandy Grierson navigates his character’s complexity well, both as an inflexible guardian of public morals and as someone who uses his power to intimidate and sexually abuse.

As his would-be victim, Lucy Phelps is good as the chaste Isabella, the sister of Claudio. First in her desperate attempts to get Angelo to drop Claudio’s death penalty, and then in her resistance to his threats. Their scenes together are the most powerful in the play, alone on the stage except for Angelo’s writing desk, a symbol of his law-giving strength. 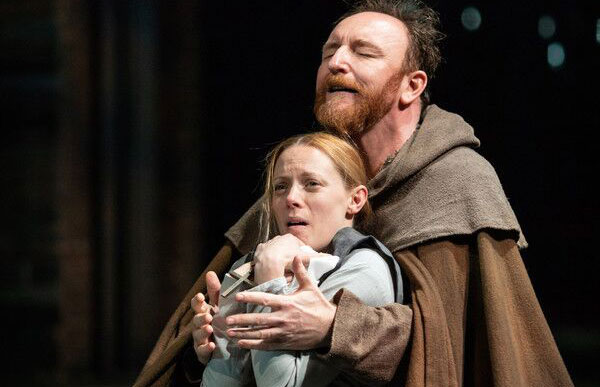 Stephen Brimson Lewis’s stage design strengthens the performance, well-suited to prison, office and brothel-front alike. The changing images on the screen above the raised walkway are also a nice addition, evocative of place.

This play is particularly relevant and disquieting in the #MeToo era. In the final words of the performance, the Duke – now back from his scheming as a friar – shows himself to be every bit as problematic as those he looks down on.