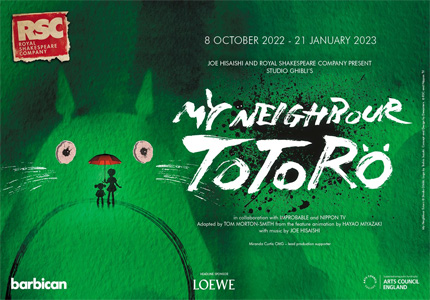 Opened by the Queen in March 1982, the Barbican Theatre is part of the vast Barbican Centre, which heralds art, cinema, theatre and culture. Funded by the City of London Corporation, the Barbican Centre was intended as a centre for the arts. With a seating capacity of 1,166, the Barbican was originally designed to be the London home of the Royal Shakespeare Company. The RSC remained at the venue until 2002, when they decided not to renew their contract.

Since then, the Barbican Theatre has become a holding place for touring productions from companies such as Cheek by Jowl, Blue Boy Entertainment, the RSC and Michael Clarke Company. The centre is also associated with international companies including New York Philharmonic, Los Angeles Philharmonic, Jazz at the Lincoln Centre and more.

Notable productions at the theatre have included the RSC's Henry IV saga, as well as Sonia Friedman's sell-out Hamlet (2015), starring Benedict Cumberbatch. Well-known for hosting avant-garde theatre and touring productions, several shows pass through the Barbican throughout the year. The venue is best-known for hosting RSC productions, including The Taming of the Shrew, Measure for Measure and As You Like It (2019).

In 2019, the Barbican hosted the transfer of Jesus Christ Superstar, which originally played at the Regent's Park Open Air Theatre in summer 2016 and 2017. The production won the Olivier Award for Best Musical Revival and was praised hugely by audiences and critics alike.

Regent's Park Open Air Theatre were due to transfer their acclaimed production of Andrew Lloyd Webber's Evita to the theatre in Summer 2020, but this was cancelled as the theatre closed due to the COVID-19 pandemic.

The classic musical Anything Goes opened at the theatre in July 2021, starring Broadway star Sutton Foster, Rachel York and Robert Lindsay. The Royal Shakespeare Company's brand new production of The Comedy of Errors transferred from Stratford-upon-Avon to the theatre in December.

The smash-hit revival of Anything Goes returned to the Barbican in summer 2022, as part of a UK tour. The cast included Kerry Ellis, Bonnie Langford and Simon Callow. It is followed by the world premiere stage adaptation of Studio Ghibli film My Neighbour Totoro in Autumn 2022.