Death of a Salesman review - November 2019

Like death and taxes, Arthur Miller’s stinging deconstruction of the American dream is a certainty. Certain to keep coming back to any major city with a theatre. It’s an evergreen classic of 20th-century drama that is so well-known, so quotable, that it can often come across as somewhat tired and open to parody. Marianne Elliott and Miranda Cromwell’s production, first performed at the Young Vic and now playing at the Piccadilly Theatre, with its phenomenal cast led by veteran stage and screen star Wendell Pierce, injects such a fresh burst of energy and relevance into Death of a Salesman that it feels both timeless and contemporary. It’s an emotionally exhausting tour de force that sets a new standard for this well-trodden play. 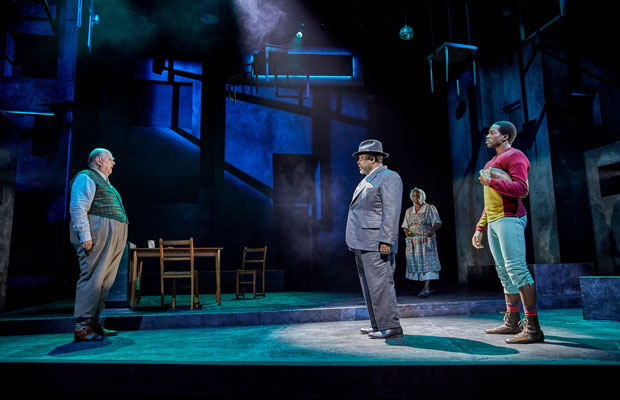 Willy Loman (Pierce) is an ageing salesman whose life isn’t what he believed it would be. He spends days on the road, failing to make sales, talking to himself constantly in a child-like mix of boasts and daydreams. His loyal, long-suffering wife Linda (Sharon D. Clarke) consoles and encourages Willy despite his propensity to talk over her and never take her opinions seriously. His sons, Biff (Ṣọpẹ́ Dìrísù) and Happy (Natey Jones) have lost any true respect for him and dream of owning a ranch together out West – a vocation that Willy believes to be beneath them. The business world is changing and Willy can’t (or won’t) keep up. He borrows money from more successful neighbour Charley (Trevor Cooper) to keep on top of his insurance payments. The cycle of delusion and humiliation is taking its toll on Willy and Linda suspects he is on a road toward self-destruction, both intended and unintended.

The casting of an African-American Loman family makes historical sense and adds further weight to the social hierarchies that Willy navigates throughout the course of the play, while doing nothing to detract from the universal themes of disillusionment and the hollow obsession with material wealth. In fact, the production says more by not expecting its black central lead to carry the identity of an entire race on his shoulders, but allowing him to be his own character. Connected to a wider social web, but not a representation of a specific thread.

Every performance is extraordinary. Pierce embodies the roiling mix of vulnerability, bullishness, arrogance and tenderness within Willy and we believe every moment. Sharon D. Clarke is a strong and warm Linda, but the pain underneath her mask of stoicism is evident and the audience will be on her side until after the curtain falls. Dìrísù and Jones both put in remarkable turns as the Loman boys, each bearing the weight of their father’s broken dreams in different ways. There are no weak links throughout the rest of the cast and each character plays an integral part of Willy's emotional makeup. 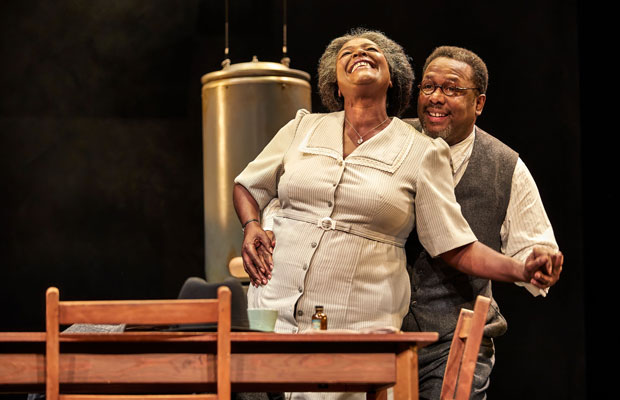 Anna Fleischle’s set deserves just as much credit as the cast. Brutalist slabs of concrete create an imposing image of the modern world imposing into the Loman’s little slice of Brooklyn. Suspended pieces of furniture, window frames and light fittings float in and out of the scene to depict different spaces but never completely leave the stage. Like the memories that Willy relives and enhances, spaces and objects linger in the mind, getting lost and reappearing as life goes on.

This is a production not to be missed. It’s a classic that is not exactly reimagined here, but plumbed for every ounce of emotional depth buried within the script. A stunning production backed up by world-class performances that packs an emotional punch that will leave you reeling long after you have left the theatre.