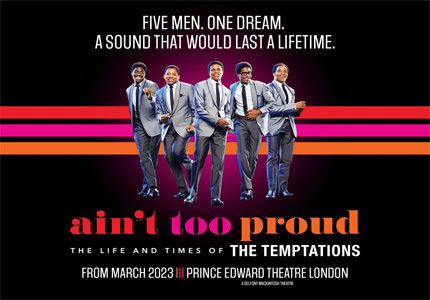 London’s Prince Edward Theatre rocks with the beat of The Temptations in hit Broadway musical Ain’t Too Proud. This Tony Award-winning jukebox delight, from the creators of Jersey Boys, charts the rise of the legendary Motown group from the streets of Detroit to the top of the charts. The sharp, slick production mixes the band’s greatest hits - including “My Girl” and “Just My Imagination” - with a dazzling story of perseverance and brotherhood.
Read more
FIND TICKETS
Booking from 31 March 2023 until 7 January 2024 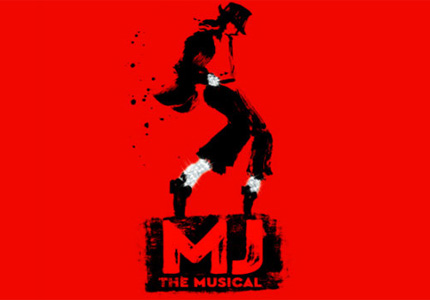 Go behind the scenes of Michael Jackson’s incredible Dangerous World Tour in this spectacular, Tony Award winning Broadway musical. Packed with over 25 of his biggest and best hits, MJ the Musical is a compelling peek behind the moonwalking stage persona and into the collaborative mind that made Jackson a legend. After wowing audiences in New York, director Christopher Wheeldon and Pulitzer Prize winning playwright Lynne Nottage bring their sharp, snappy and exhilarating story of the world’s greatest entertainer to the Prince Edward Theatre.
Read more

The Prince Edward Theatre’s box office is located within the theatre building on Old Compton Street and is open Monday- Saturday from 10am - 7.45pm. Pre-purchased tickets can be arranged for collection at the theatre’s box office within the hour before the show starts. If you plan to collect your ticket you will need the card you used to make your purchase along with your booking reference. Visit the official website

Originally built in 1930, the Prince Edward Theatre opened with a performance of the energetic musical Rio Rita. As early as 1935, the theatre was converted into a cabaret hall and renamed the London Casino. The venue continued in this guise until it was damaged during World War II.

1942 saw the venue become the Queensberry All Services Club, where shows would be broadcast for the BBC. Following this, the building was reverted back to a casino in 1954, including a Cinerama. Films shown included the premieres of Search for Paradise (1961) and How the West Was Won (1962). In 1969, the venue premiered Ben-Hur, which continued until 1970.

In 1978, the venue reopened as the Prince Edward Theatre, with the world premiere of Andrew Lloyd Webber musical Evita, starring Elaine Paige and David Essex. Evita ran for eight years before being replaced with Tim Rice musical Chess, which also starred Elaine Paige.

In 2014, the Prince Edward Theatre became the home of Cameron Mackintosh’s revival of Miss Saigon, starring newcomer Eva Noblezada. The show continued until 2016, when Broadway’s glittering musical Aladdin made its way into the theatre.

Aladdin - Disney's New Musical played at the theatre until June 2019, where it was followed by the return of Disney's Mary Poppins in the autumn. Zizi Strallen and Charlie Stemp star as Mary and Bert.

Mary Poppins closed in London in 2023, and hit Broadway jukebox musical Ain't Too Proud, about the life and careers of Motown group The Temptations, will make its West End debut at the Prince Edward Theatre in March 2023.

In 2024, Tony Award winning musical MJ - celebrating the creative mind of Michael Jackson during his Dangerous World Tour - opens at the theatre, after wowing audiences on Broadway.