The popular romcom ‘Pretty Woman’ starring Julia Roberts and Richard Gere was recently transformed from movie to musical, and has reopened at the Savoy Theatre, much to the delight of fans of the film. A billionaire businessman meets a prostitute, turns her into a high-class escort for a week before they fall in love – we all know the story of the 1990 box office smash ‘Pretty Woman’. However, it works as a cult movie for its early 90s era, but fails to hold up as a modern musical as we watch loveable Vivian (Aimie Atkinson) and suave Edward (Danny Mac) burst out into song after song amongst glitzy backdrops. 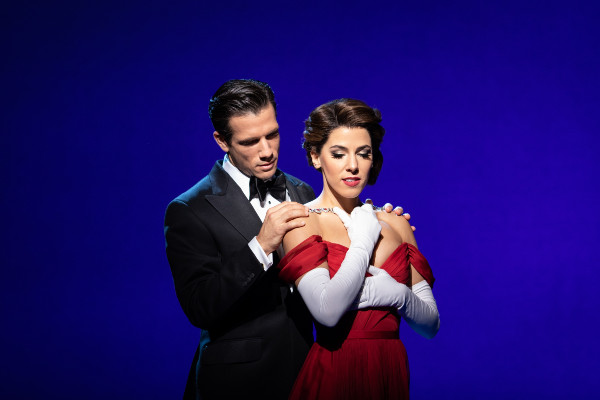 Atkinson is goofier than Julia Roberts and quite endearing, but she doesn’t have the charm and charisma of Roberts. Unfortunately, her vocals are noticeably weaker than some of the others in the cast, which was disappointing. Mac is also no Richard Gere, although he does appear to be channelling the Hollywood actor at times. The couple do their best to recreate the rom-com on stage but seem to lack chemistry. They are also overshadowed by another pair in the cast who hold much of the comedy.

Bob Harms plays the double character of the hotel manager and Happy Man – a narrator of sorts, and Alex Charles is Giulio, the hotel’s bellboy. As hotel manager and bellboy, the duo steals the show with their seemingly spontaneous dance numbers which provide most of the comedy and are a delight to watch. I found myself more interested in their story than Vivian and Edward’s, which was probably not what the producers were going for. 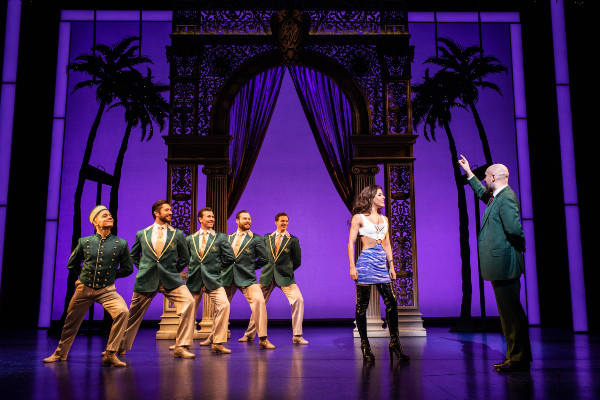 Garry Marshall and J.F. Lawton – the film’s screenwriter and director respectively – have kept the stage script fairly similar to its original. However, over thirty years on from the movie, it feels as though it could have been updated in some way – the characters expanded upon or delved into with the musical numbers perhaps, which unfortunately don’t add anything to the story.

These new songs written for the show by Bryan Adams and Jim Vallance are quite fun at the time, but not memorable once you’ve left the auditorium. The Roy Orbison hit of the same name of the film is by far the best song of the show, and with a teaser of its familiar baseline performed earlier on in the show, it felt like the audience were just waiting for this song to reappear in full so they could get up and dance. 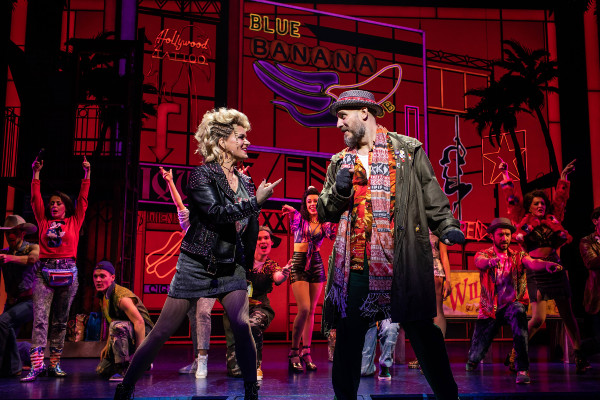 There are other highlights to Pretty Woman however, besides Harms and Charles as hotel manager and bellboy. Fellow sex worker Kit de Luca (Rachael Wooding) has a fairly small part as a friend to Vivian, but she stood out with her big (huge) vocals, which put everyone else’s to shame. I came away from The Savoy with her rich tones belting out some of the numbers still in my head.

Director and choreographer Jerry Mitchell has given us amusing dance numbers, splices of comedy and some fun songs against an almost carbon copy of the movie. Fans of the film will enjoy the stage show if they’re after an enjoyable night out and not looking to be wowed by anything spectacular. But overall, ‘Pretty Woman’ was pretty tacky.