Living theatrical history that is still well worth watching

London Dungeon, Madame Tussaud’s, St. Paul’s Cathedral…Like countless other London residents, these are just a handful of the tourist attractions I have never visited, despite passing them on an almost weekly basis. For the whole time I have lived here, I have put The Mousetrap in the same category. Famous for being the longest-running play in the world and frankly not much else, you would be forgiven for suspecting that this Agatha Christie whodunnit would feel as stale and kitsch as a meal at the Angus Steak House. It was a surprise, then, for this reviewer to find that almost 70 years after it first opened, The Mousetrap still provides a thoroughly enjoyable visit to St. Martin’s Theatre. 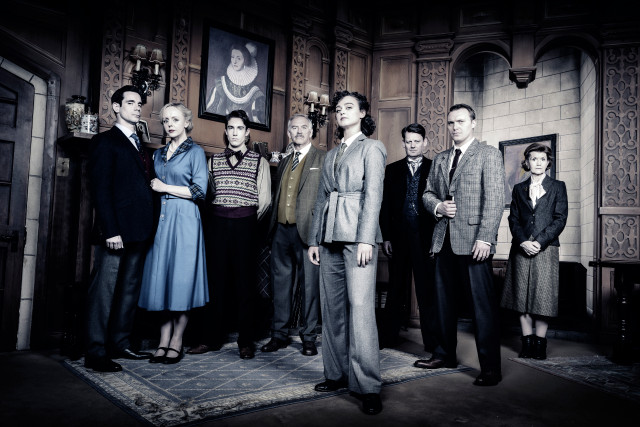 With parodies such as The Play That Goes Wrong and Death Drop appearing frequently on the West End, the plot of The Mousetrap could comfortably be described as familiar. An old stately home has been converted into a guest house by the newlywed couple that inherited it. On a dark night, as eccentric guests arrive one-by-one, a blizzard traps the entire collective in the house as reports on the wireless warn of a murderer on the loose in the area. A single policeman is able to fight through the arctic conditions to protect the guests but before the interval curtain falls, one has been slain. Clearly, one of these players is the killer – but who will lay the successful trap? The homicidal maniac or our diligent inspector?

A large part of what makes this extremely long-in-the-tooth production so charming is the current cast. Katie Ray and Adam Lilley play Mollie and Giles Ralston, our inexperienced hoteliers. Each brings an entertaining mix of nerves and exasperation to their performances as they struggle to keep secrets from each other and hide their true feelings about this glut of odd guests. The first guest is the flamboyant and childlike architect Christopher Wren (no, not that Christopher Wren) played with a surplus of eccentric charm and comic skill by Alexander Wolfe. In the performance I saw, understudy Paddy Duff played the part of Detective Sergeant Trotter and he was quite excellent. Just a hint of swagger and a slight cockney twang accented a confident, natural performance that had the command of attention one expects from a no-nonsense man of the law. Tony Timberlake clearly relishes the role of the sinister foreigner Mr Paravicini and was a delight to watch. Lizzie Muncey as Miss Casewell and Peter Landi as Major Metcalfe complete the cast and each of them do great work, the former a bundle of alert anxiety while the latter is cool and calm. The mix of energies on stage adds to the overall tension nicely.

Of course, many of these characters are not who they seem – and at least one of them is holding a very dark secret…but that would be telling.

The set is a classic three walls with many doors, highly decorated to represent an antediluvian manor home. Don’t expect abstract expressionism or cutting-edge projections. These are production values as familiar and comfortable as your grandad’s old pair of slippers. It works for this show. Sitting in the equally quaint St. Martin’s Theatre, you can feel the warmth of the fireplace and the chill from the snow drifting down outside the window. You could call it ‘village hall on a budget’ but, you know what, that’s fine. 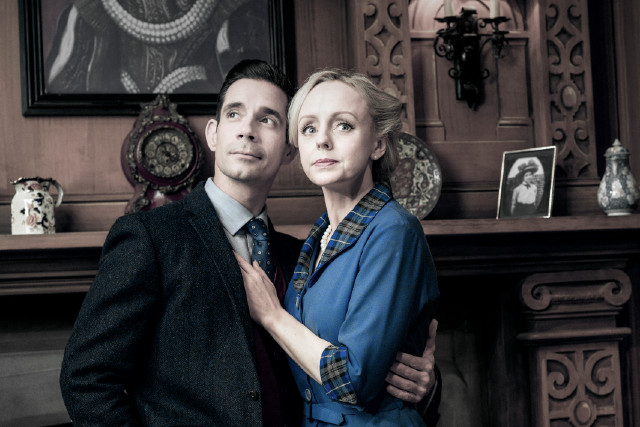 Music is fairly sparse throughout the show, but this helps to make the single-fingered piano renditions of Three Blind Mice that occasionally cut through the tension even more creepy.

It’s an old cliché with a show like this, or indeed any adaptation of Christie’s work, to say “you know what you’re getting.” For my part, The Mousetrap was what I expected, except that I did not expect to enjoy it so much. To the many who have dismissed it as a creaky old tourist trap, I would say give it a go. By the time the curtain call takes place and the cast make their traditional plea to the audience to “keep the secret”, you will feel you have taken part in a living piece of theatrical history that is still well worth watching.