Long may the mischief continue!

Some critics are quick to claim that farce is an acquired, antiquated form of comedy that isn’t remotely funny, but I defy anyone in attendance at the Duchess Theatre during The Play That Goes Wrong to sit stoney-faced for even a second.

The Play That Goes Wrong has been making audiences cry with laughter since 2015 in London’s West End. It has gone on to Broadway success and has made the creators, Mischief Theatre, into stars in their own right – they even had a six-part primetime BBC comedy commissioned in 2019. 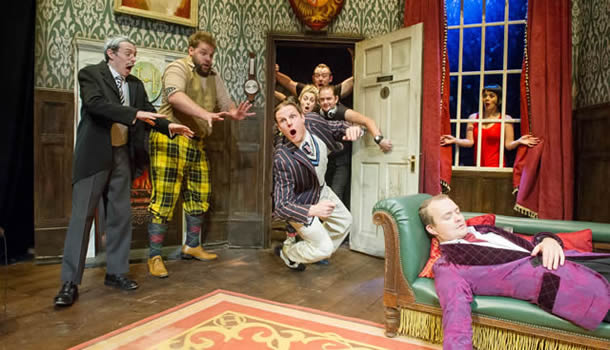 Brought to us by the fictional, and highly accident-prone, Cornley Polytechnic Drama Society, The Play That Goes Wrong is a play-within-a-play, where actors are playing actors starring in a play called ‘The Murder at Havisham Manor’.

Nigel Hook’s set design is arguably the most impressive element of the production and is magnificent from start to end. Balconies, windows, banisters and a grandfather clock are used to such imaginative potential that it would be a shame to detail exactly how the set is manipulated, as it is such a large factor of the show’s success.

Credit must also be paid to director, Mark Bell, who has ensured that every single element that could go wrong, does so! I dread to imagine the health and safety forms that the cast had to sign to manage the risk, danger and pain they must endure each night for our entertainment. 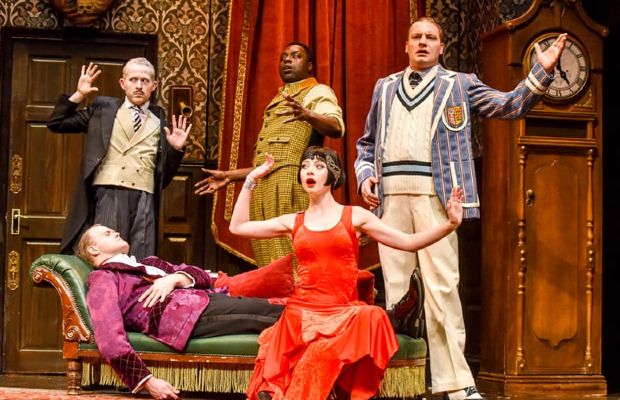 It might seem counterintuitive to commend bad acting in a review of a play, but that is exactly what this show calls for. It’s quite an achievement that the acting from the company is so bad, it’s so good. Jake Curran as Chris Bean is outrageously funny as the Cornley Polytechnic director starring in his own show, whilst Bobby Hurston plays Max with a hilarious blend of doe-eyed naivety.

It’s a non-stop two hour belly-laughing experience that is likely to give your core more of a workout than a session at the gym. If you need to escape from the real world for a while, you can do much worse than spending your evening at Havisham Manor. Long may the mischief continue!