The Ocean at the End of the Lane review - December 2019

A Pandora's Box of theatrical wizardry

Please note: This review is from the production's run at the National Theatre. The production will transfer to the Duke of York's Theatre in 2021.

The blurring of reality and imagination feels very present as we try to steer through the pitfalls of social media and question the truth of the news we read. This divide between the two is brilliantly explored in Joel Horwood’s stunning adaptation of Neil Gaiman’s best-selling novel, The Ocean at the End of the Lane.

Set in a small village in Sussex, the play opens with an unnamed man returning to his childhood home to attend a funeral. Although many things have changed since he lived here, he is haunted by his past at every turn. He’s drawn to a small pond, which his childhood friend, Lettie, claimed was an ocean, and is transported back to Christmas Day when he was 12 and witnessed something unspeakable. 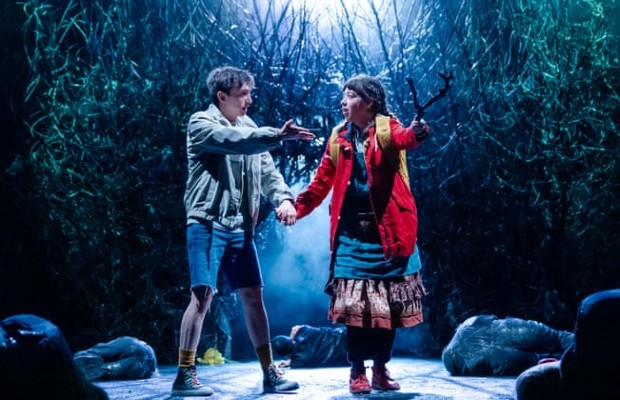 The play, sometimes tenderly, other times graphically, grapples with the challenges of coming of age, the struggles of parenthood, and the nightmarish limits of our imaginations and memories.

The creative team have done an incredible job creating a Pandora's Box of special tricks from a simple thrust stage. From grappling with gargantuan spiders and burrowing through a dense forest, to the warm comfort of a country kitchen. Samuel Wyer and Finn Caldwell bring puppets to life with such vibrancy, you can’t help but question your own reality. Paule Constable’s lighting design is inspired, whilst Ian Dickinson’s sound design offers some bone-chilling moments. 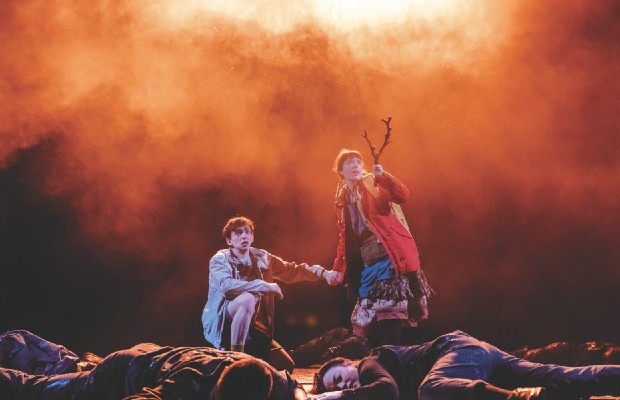 Samuel Blenkin leads the cast as the unnamed boy, fresh from a stint as Scorpius in the equally magical Harry Potter and the Cursed Child. He brings a bookish, youthful energy to the role. Pippa Nixon almost steals the show as the villainous Ursula. I’m sure many of the youngsters (and adults too) in the audience will be sleeping with the light on after witnessing her performance.

Occasionally the underlying message of the story got lost under the weight of the theatrical wizardry on display. Despite this, it’s hard not to feel totally immersed in this alternative Christmas offering. As a showcase of what can be achieved on stage, The Ocean at the End of the Lane, is a masterclass.