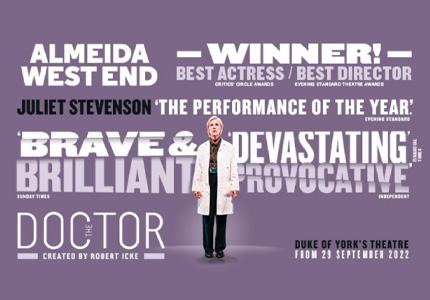 Olivier Award winner Juliet Stevenson will reprise her leading role in the West End transfer of The Doctor. Stevenson's tour de force performance was first seen in the acclaimed, sell-out Almeida Theatre production and now audiences can relive it as the play opens at the Duke of York’s Theatre London for a limited run. The Doctor is freely adapted from Arthur Schnitzler’s Professor Bernhardi and brilliantly explores medical ethics and identity politics. This startling modern play will leave audiences thinking long after the curtain falls.
Read more
FIND TICKETS
Booking until 11 December 2022
Run time is 2 hours 45 minutes (including interval) 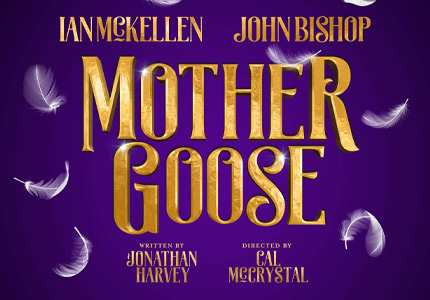 Sir Ian McKellen stars as Mother Goose in a panto that will have the whole family flocking to the Duke of York’s Theatre! This classic Christmas show about a couple who come into possession of a golden goose is in the West End as part of a UK tour, with McKellen starring alongside comedian and actor John Bishop. Featuring songs, dancing and plenty of jokes to quack you up, Mother Goose is in London for six weeks.
Read more
FIND TICKETS
Booking from 15 December 2022 until 29 January 2023 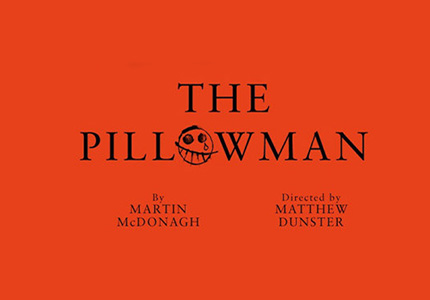 Martin McDonagh’s award-winning black comedy, The Pillowman, will be revived at the Duke of York’s Theatre in London for a strictly limited season. An all-star cast, including Lily Allen and Steve Pemberton, will lead the revival of the Olivier Award-winning play, which first premiered at the National Theatre in 2003. An exploration of reality and fairytale, and the blurred lines between the two, The Pillowman questions the human cost of freedom of expression. This is a powerful play by one of the most exciting playwrights of a generation.
Read more

The Duke of York’s box office is located within the theatre and is open Monday - Saturday: 10am – 8pm. If you have opted for ticket collection then you may do so from the venue on the day of the performance from one hour before the start of the show. In order to be able to collect tickets then you must take the credit card used to make the booking and any reference number with you. The cardholder will be required to sign for the tickets.   Visit the official website

Originally opening in 1892 as the Trafalgar Square Theatre, the venue was designed by Walter Emden before being renamed the Trafalgar Theatre in 1894 and then to the Duke of York's Theatre in 1895, to honour King George V. A Grade II listed building known for hosting a variety of plays, musicals and operas, the building is now best-known for housing straight plays under the management of ATG.

The venue's first ever production was Wedding Eve (1892), with musicals such as Go-Bang (1894), operas such as Madame Butterfly (1900) and world premieres such as JM Barrie's Peter Pan, or The Boy Who Wouldn't Grow Up (1904) gracing the stage. Peter Pan returned to the venue successively each year for the next decade, once starring Noel Coward in 1912.

Early productions included The Admirable Crichton (1902) and What Every Woman Knows (1908), London Calling (1923), Easy Virtue (1926) and Home Chat (1927). Following the takeover of the theatre by ATG, the Duke of York's Theatre has hosted high quality productions such as The Rocky Horror Show, as well as successful Royal Court seasons.

Following these, Hattie Morahan starred in A Doll's House (2013), with Jeeves and Wooster in Perfect Nonsense (2014) scooping the Olivier Award for Best New Comedy. 2015 saw productions of Neville's Island, The Nether, Hay Fever, starring Felicity Kendal, Hetty Feather and Mark Rylance in Farinelli and the King.

A West End revival of popular children's tale Goodnight Mr Tom finished off the year, playing in rep with Peppa Pig's Surprise (2016). 2016 saw a revival of The Father transfer to the Duke of York's from Wyndham's Theatre, starring Olivier Award-winner Kenneth Cranham. Game of Thrones star Kit Harington starred in Jamie Lloyd's adaptation of Doctor Faustus, which was followed by popular comedy How the Other Half Loves, which transferred from the Theatre Royal Haymarket, starring Jenny Seagrove. 2016 rounds off with Ken Stott and Reece Shearsmith starring in Ronald Harwood's The Dresser.

2017 began with an acclaimed performance of Ron Harwood's The Dresser, starring Ken Stott and Reece Shearsmith. Further productions included the Olivier Award nominated The Glass Menagerie, starring Cherry Jones and directed by John Tiffany. Olivier Award-winning comedy Our Ladies of Perpetual Succour was next, after a sold-out run at the National Theatre, followed by the Almeida Theatre transfer of James Graham's play Ink, directed by Rupert Goold and starring Bertie Carvel.

Robert Icke's Mary Stuart was another Almeida transfer, arriving at the venue in January 2018, starring Juliet Stevenson and Lia Williams. Roger Allam and Nancy Carroll then went on to reprise their roles in The Moderate Soprano, followed by a star-turn from Ian McKellen in King Lear, transferring from Chichester Festival Theatre. The final Almeida transfer of 2018 to grace the stage was Summer and Smoke, a revival of a lesser-known Tennessee Williams play.

2019 will see the National Theatre transfer of Laura Wade's play Home I'm Darling, starring Katherine Parkinson. Following this will be Ibsen's play Rosmersholm, starring Hayley Atwell and Tom Burke. The UK tour of The Girl on the Train plays for four weeks. In August, the theatre will host the West End transfer of Florian Zeller's The Son, first performed at the Kiln Theatre. For the festive period, Peppa Pig's Surprise played at the theatre.

David Greig's adaptation of award-winning true story Touching the Void transferred to the theatre for a limited season in November.

In March 2020, the Duke of York's Theatre closed due to the COVID-19 pandemic. The National Theatre transfer of The Ocean at the End of the Lane opened in October 2021. Planned productions of The Doctor and The Pillowman were postponed.

From May 2022, six-time Oscar nominee Amy Adams starred in a revival of Tennessee Williams' The Glass Menagerie, followed by the West End transfer of The Doctor starring Juliet Stevenson.

Over Christmas 2022, Sir Ian McKellen and John Bishop star in pantomime Mother Goose, and in 2023 Martin McDonagh's The Pillowman runs for a limited season, starring Lily Allen and Steve Pemberton.