The Mirror and the Light review - October 2021

A must-see for Hilary Mantel fans

The Mirror and the Light is the final chapter of Hilary Mantel’s Wolf Hall Trilogy, and its stage adaptation has stormed the West End this autumn. The play does not disappoint, much like its previous two instalments, Wolf Hall and Bring Up the Bodies, as it tells the gripping and fast-paced conclusion of the downfall of Henry VIII’s right-hand man, Thomas Cromwell.

It’s 1536 and Anne Boleyn has just been beheaded. King Henry must now have a healthy heir, a boy, delivered by his new bride Jane Seymour. But when tragedy strikes and the king is left to find yet another bride, his closest aide Cromwell tries to assist his master. However, Cromwell’s enemies are lying in wait, and he soon experiences an unexpected fall from grace that may see him suffer a similar fate to Anne Boleyn. Although a mere beheading would be getting off lightly, so will the king be that generous? 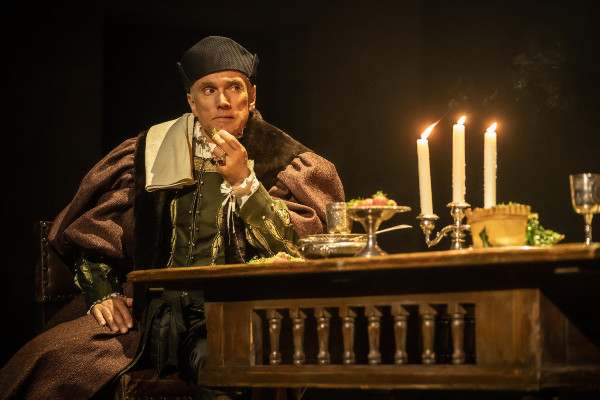 The plot is gripping and thrilling, and although many of us know the turn of events, having happened almost 500 years ago, the way that The Mirror and the Light is told makes the viewer forget that they know what’s coming. We sit and watch Henry’s hope and despair and Cromwell’s demise play out before our eyes, seemingly living the events as they are happening.

It’s been a good six years since Nathaniel Parker and Ben Miles have played Henry VIII and Cromwell respectively, and it appears that neither actor has lost their convincing talents when portraying these characters. Known as ‘Harry’ to his nobles, Parker captures all the charm, ruthlessness, rage and insecurities that the king would have had, and Miles as Cromwell is charismatic and exciting as we sit on the edge of our seats and await his fate with him. 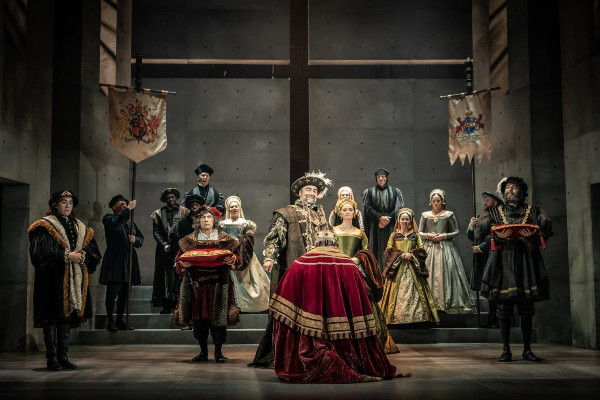 The Mirror and the Light begins with Cromwell in jail as he waits for his sentence from the king. As the story takes us further back to when the king was happy with pregnant Jane Seymour before landing back where we started, in jail with Cromwell, we see Hilary Mantel’s book come to life on the Gielgud stage. There’s excellent and atmospheric lighting from Jessica Hung Han Yun, wonderful movement by Emily Jane Boyle, and eerily disturbing music by Stephen Warbeck. Director Jeremy Herrin has done justice to the novel, and if you’ve enjoyed the previous two, then The Mirror and the Light is surely a must-see.