Get Up, Stand Up! The Bob Marley Musical review - November 2021

The new West End show, Get Up Stand Up! The Bob Marley Musical, is so much more than just a celebration of reggae legend Bob Marley’s music. It’s also a heart-warming and fascinating look at formative moments of his life that made him the man he was when he met his untimely death aged just 36.

Everyone knows Bob Marley’s music or at least some of it, but Clint Dyer’s production helps the audience really get under the skin of the man himself. Through the use of different actors representing Marley at various stages of his youth, we learn about his early days in Kingston, Jamaica, the formation of his band ‘The Wailers’, his marriage, his political leanings, and the rest – but the highlight of the show is, naturally, the music. All-time classic songs like "Is This Love", "I Shot the Sheriff" and of course, "Get Up, Stand Up", punctuate the short bursts of acting, coaxing the whole theatre to dance and sing along to a sound system so strong it feels like your organs are vibrating. 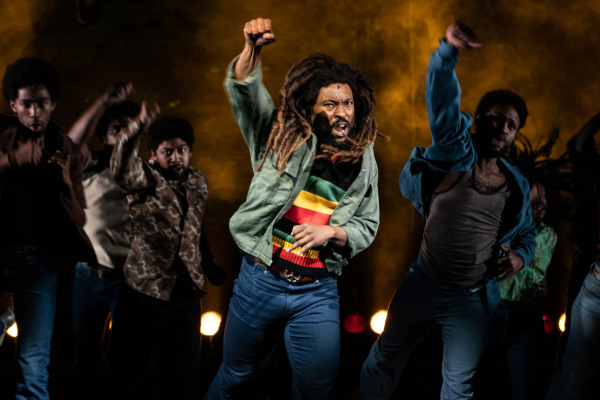 Arinzé Kene plays Bob, but sometimes you feel like you might actually be watching Marley himself. It’s in the way he hops about on stage and raises his hands to the sky when he sings. His voice is perfect, Jamaican accent spot on, and his dance moves make you want to, quite literally, "Get Up, Stand Up" and join him on stage. There are times when you’d be forgiven for forgetting you’re watching a theatre production and not a tribute concert.

The cast’s energy is truly infectious, especially as they clamber up the stacked-up sound systems (designed by Chloe Lamford), to bust a groove to "Jammin’’ just before the interval. They had people on their feet and waving their hands in the air from the stalls all the way up to the balcony. 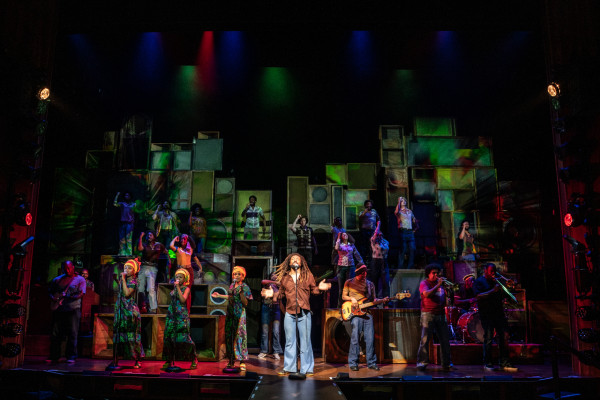 At the very least, a trip to the Lyric Theatre to watch this production is a great night out that will have you humming Bob Marley tunes for weeks afterwards. But beyond that, you are likely to also come away with a deeper understanding of the historical, social and political context that shaped the world’s most recognized reggae symbol and global icon.

If you’re yet to return to the theatre post-lockdown, then Get Up Stand Up! The Bob Marley Musical is an excellent one to get started with.