It’s the Queen and Prince Philip, but not as we know them... As we await the third series of The Crown with Olivia Colman now taking the throne, a wonderful opportunity to see its outgoing stars Claire Foy (W) and Matt Smith (M) now presents itself at the Old Vic Theatre in Duncan Macmillan’s play Lungs. It is a canny casting move to be sure but it is also a creative one, as it allows this talented pair of actors to really develop their chemistry in this acting masterclass.

Lungs premiered in 2011 and it is depressing to consider how relevant it still is - even more so perhaps - given its concerns with climate change. Indeed, considering the savagery with which the likes of Greta Thunberg and Extinction Rebellion are met for even bringing the subject into the headlines, whether you consider it justified or not, there’s clearly a need for a calmer, more rational contemplation of the issues at hand, because no matter where you stand, they aren’t going away. 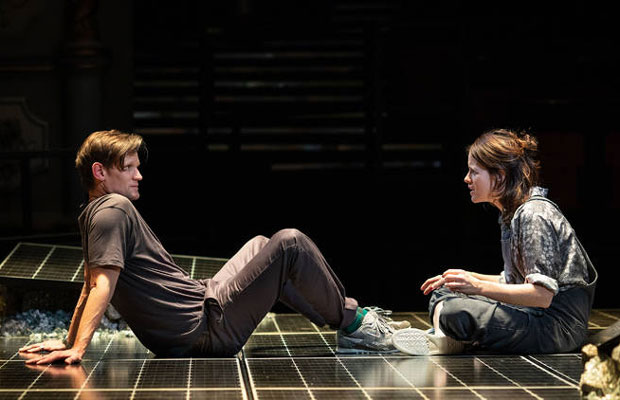 Foy and Smith play a thirtysomething couple who are wrestling with the idea of bringing a baby into this overcrowded world. How many trees would it take to offset the carbon footprint? How many thousands of tonnes of CO2 will they be responsible for? Can they even justify imported avocados? Initially, it plays as a rather middle-class set of concerns but Macmillan’s writing is far more sophisticated than that as it places modern relationships under the microscope with a coolly unblinking eye.

Gender politics is thus presented as the complex issue it always is, as we see Foy’s W being the driving force of the relationship, of the play in fact. It is a challenge she rises to magnificently, her brutal honesty underscored by a keen, searching intelligence that Macmillan rewards with many a monologue. Smith’s M counters her well, always searching for a balance that never quite seems to appear, a tangle of emotions that makes this couple entirely engaging. 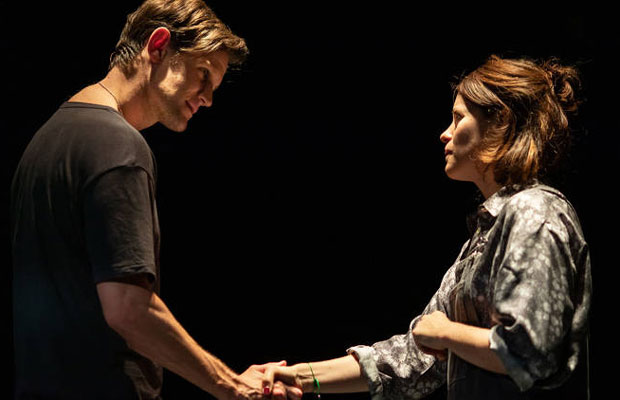 Matthew Warchus’ production wisely keeps things very simple on Rob Howell’s set design of solar panels with its hints of crystal. With no props to distract, the focus lands squarely on the intricate wordplay, which shifts in time and space in the blink of an eye, effortlessly conveyed by both actors. He encourages them to explore the physicality of their relationship in a fascinating, non-representational way, almost like fighters in the ring. The result is dramatically intense and utterly engaging as it forces us to consider the questions the planet can’t afford for us to ignore.