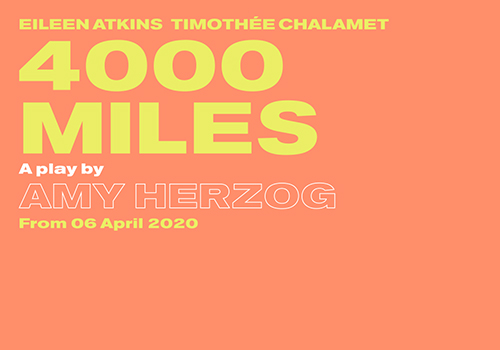 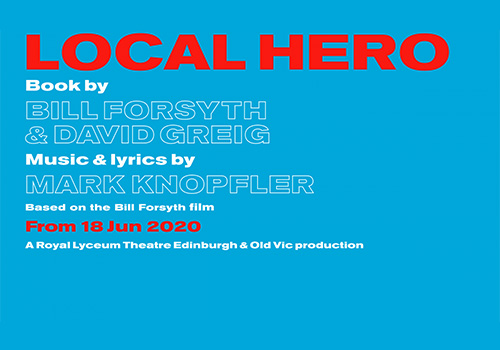 Hit comedy film Local Hero is adapted for the stage in a new musical by Bill Forsyth, David Greig, and Dire Straits’ Mark Knopfler. The new production will be presented at the Old Vic Theatre from June 18th 2020.
Read more

The Old Vic Theatre’s box office is located within the theatre building on The Cut and is open Monday to Saturday from 10am – 7pm (6pm on days with no evening show.) Tickets arranged for collection can be picked up on the day of the performance up until 7.30pm. Collectors will need their reference number and the card on which they booked. Visit the official website

Originally named the Royal Coburg Theatre, then the Royal Victoria Hall, the venue finally became the Old Vic Theatre in the 1890's. First built in 1818, the theatre had an early affinity with Shakespeare, with theatre owner George Bolwell presenting six varying Shakespeare texts in six nights. Some 80 years later in 1912, new owner Lilian Baylis also heavily encouraged the Bard in the theatre's repertoire.

In 1929, the Old Vic Company was established, steered by prolific actor John Gielgud. Over the years, the company produced and performed their own work at the theatre, whilst Baylis was creating the early Sadler’s Wells dance company, rotating ballet and drama between both venues until dance finally relocated to Sadler's Wells in 1935.

After suffering bomb damage during the Second World War, the theatre was closed until 1950 and toured the UK instead. In the 1960's the Old Vic Theatre Company dissolved, with the National Theatre Company taking its place and performing at the venue between 1963 and 1976, when the National Theatre opened on South Bank. During this time, the company performed The Tempest (1974) and a fantastical production inspired by the Shakespeare text, entitled Midnight Mushrumps (1974).

Following the departure of the National Theatre Company, the Old Vic closed its doors for over ten years, reopening in 1985 and establishing its roots in classic drama and new writing. In 2011, acclaimed actor Kevin Spacey became the venue's artistic director, shooting the theatre onto the scene of the West End by guaranteeing continuous high-quality drama. Early productions in the first 2011 season included Terence Rattigan's Cause Celebre, directed by Thea Sharrock and starring Anne-Marie Duff, Shakespeare's Richard III, directed by Sam Mendes and starring Kevin Spacey, The Playboy of the Western World and Noises Off, directed by Lindsay Posner and starring Celia Imrie.

2012 saw Jamie Lloyd direct a production of The Duchess of Malfi, starring Eve Best, Democracy, Henrik Ibsen's Hedda Gabler, starring Sheridan Smith and a revival of Kiss Me, Kate, directed by Trevor Nunn and choreographed by Stephen Mear. After a year of successful theatre, the Old Vic continued into 2013 with shows including Rattigan's The Winslow Boy, directed by Lindsay Posner, Tennessee Williams' Sweet Bird of Youth, starring Kim Catrall, Much Ado About Nothing, directed by Mark Rylance and starring James Earl Jones and Vanessa Redgrave, and Fortune's Fool.

After Much Ado was met with lukewarm reception, Spacey reverted back to serious dramas, including Other Desert Cities, Clarence Darrow, The Crucible and Electra, starring Kristin Scott Thomas in the title role. 2015 saw Spacey's last year at the venue, stepping down after presenting Tree, Clarence Darrow and musical High Society, directed by Maria Friedman.

2018 began with a London premiere of Alan Ayckbourn's new play The Divide, followed by a brand new season that sees Penelope Wilton in Fanny & Alexander, as well as productions of Mood Music, A Monster Calls and Sylvia. Andrew Scott returns to star in Sea Wall for a strictly limited two-week season, followed by the debut of Emma Rice's theatre company, with an adaptation of Angela Carter's Wise Children. Rhys Ifans returns in A Christmas Carol at the end of the year.

In 2019, Arthur Miller play All My Sons will play at the theatre in April, featuring a star cast. Sally Field, Jenna Coleman, and Colin Morgan all star. In June, Noel Coward's play Present Laughter will be performed, starring Andrew Scott. This will be followed by new Lucy Prebble play A Very Expensive Poison, and Lungs, starring Matt Smith and Claire Foy. Closing the year, Jack Thorne's A Christmas Carol returned to the venue just in time for the holiday season.