"it really does look and sound good"

A show that opens with the marvellous Josefina Gabrielle singing "All That Jazz" surely has to be good. And a show that puts strong female characters like Roxie Hart, Velma Kelly and Mama Morton front and centre has to be a good thing, right? That said, the return of Kander and Ebb’s mega-hit musical Chicago to London, at the Phoenix Theatre, feels like a curious choice for the West End.

Curious because it is a revival of the iconic Walter Bobbie production that has previously done such big business here, touted as a 21st Anniversary of that production. But rather than infuse the show with anything new, or reassess what it has to say to a contemporary world, it is a beat-for-beat recreation. Which on the one hand is fine, as it looks and sounds A-OK but on the other, is hardly the most exciting kind of present to receive on turning 21. 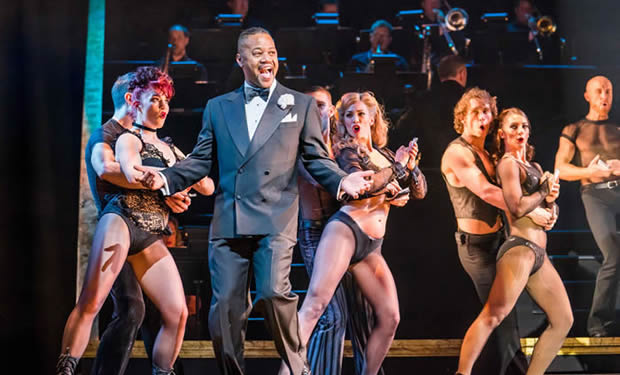 And it really does look and sound good. With such memorable numbers as "Cell Block Tango" and "We Both Reached For The Gun", the vaudeville style of the show remains an ingenious conceit. The scathing satire on show-business as viewed through the 1920's Chicago justice system is as pertinent as ever, particularly in the way it pricks at the fleeting nature of what we call celebrity.

Gabrielle’s Velma is a crackingly good performance and is matched well by the cheekier lightness of Sarah Soetaert as Roxie. Ruthie Henshall gives good value for money as the lascivious Mama Morton (becoming the first actress to play all three of these major roles) and Paul Rider shines as the hapless ‘Mr Cellophane’. And Ian Townsend’s band are on fine form throughout, none more so than in the ecstatic opening to Act 2 which manages that rare trick of making audiences listen to an overture!

But harking back to the revolving door of celebrity casting that marked the tail end of the previous West End run, the big name here is a let-down. Oscar-winner Cuba Gooding Jr. just doesn’t have the precision, either vocally or choreographically, to keep up with what’s going on around him and his easy charm is just ill-fitting here. And with a company that is disappointingly lacking in diversity, the production too often feels like a wallow in nostalgia rather than the daring piece of theatre it once was.