Practically perfect in every way

As the winter nights draw in and the grim spectre of general election politicking looms large over the daily headlines, the time could hardly be better for some escapist fun. And it really couldn’t come in any finer form than the return of Mary Poppins to the West End, to the Prince Edward Theatre where it debuted in 2004. Lifting your spirits in the most delightful way, there’s a wonderful sense of uncomplicated fun about this musical that makes it soar.

It is a clever piece of adaptation too. Julian Fellowes’ book uses much of what is familiar from the classic 1964 Disney film while incorporating other elements from P. L. Travers’ original children's books. So too the iconic Sherman Brothers score is added to with new songs by Stiles and Drewe, the result being something that is instantly recognisable in many ways, but also pleasingly different in others. This stage adaptation establishes its own identity. 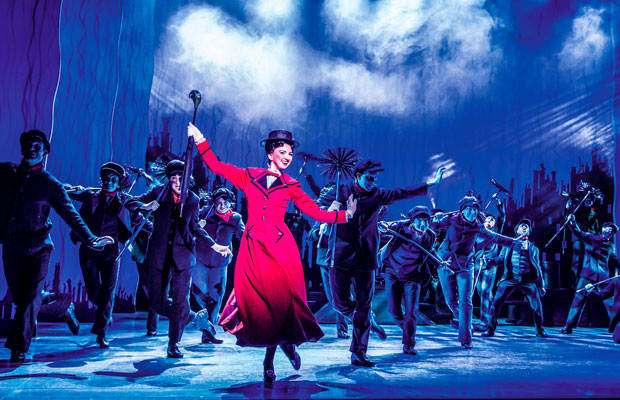 Creatively, Richard Eyre and Matthew Bourne’s production works hard to create its own magic, which means that every scene bursts from the stage in some form of wonder. From the pop-up book beauty of Bob Crowley’s design to the exquisite exuberance of Bourne and Stephen Mear’s choreography, there’s excitement everywhere you look. For me though, it is Paul Kieve and Jim Steinmeyer’s illusions that really do have your jaw dropping and asking how on earth are they doing that, truly impressive stuff whether you’re on the front row or in the gods.

It helps of course too, to have an excellent cast firing on all cylinders. Zizi Strallen upholds her family’s venerable name with pizzazz and panache, whether dancing like a dream or singing with a bewitching power and grace. Her vocal range is superb throughout but there’s something of the utmost beauty in the richness of her lower register, those harmonies in the duet of ‘Feed the Birds’ could warm even the coldest of hearts. 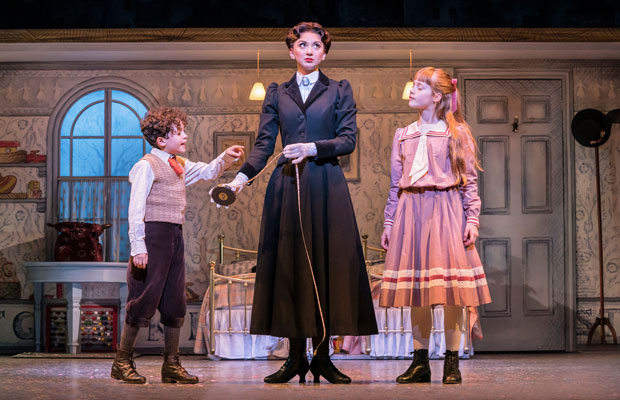 Charlie Stemp is chirpiness personified as likeable chimney sweep Bert. He covers literally every inch of the stage. Claire Machin and Jack North have lots of fun as the slightly hapless and always hilarious domestic staff. There’s also great work from the child performers as Jane and Michael (Ellie Kit Jones and Edward Walton at this performance). The orchestra deliver this iconic music expertly under Stephen Brooker and Graham Hurman’s musical supervision. This production of Mary Poppins really is practically perfect in every way.