In essence, this is Mischief Theatre again doing what they do best

You can accuse the members of Mischief Theatre of many things- frivolity, repetitiveness, popularism, repetitiveness - but what you absolutely can’t accuse them of is false advertising. There is a lot of magic in this show, and an equal amount of it goes wrong. If you’re buying a ticket expecting what it says on the tin, then you’re in for a great time.

One thing you can’t accuse them of is being unfunny. At the end of the evening, I saw more than a few people massaging their aching jaws and repeating jokes and moments from the show back at one another. These guys know what they're doing, and it’s no accident that they currently have three shows running concurrently in the West End, one in New York, and several others on tour. They know how to grab you by the funny bone and tickle you until you can stand no more. 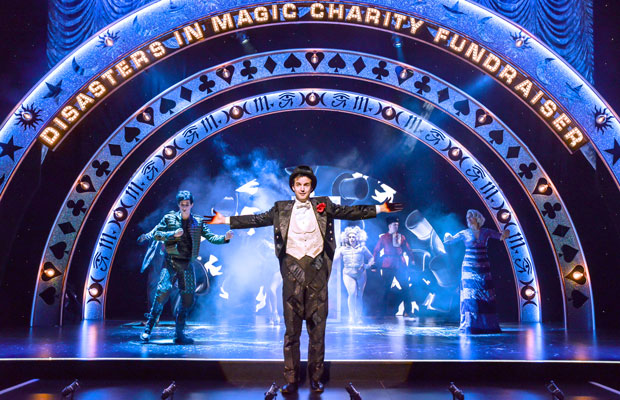 The premise of the show is a fundraiser for injured magicians, but it’s little more than an excuse for a series of catastrophic set pieces, each one more hair-raising and potentially life-threatening than the last. Jokes and prat-falls are gloriously hammered into the script with all the delicacy of Tommy Cooper pulling a Bull Mastiff out of a hat, and a couple of proper celeb cameos are played with tongues firmly lodged in cheeks. 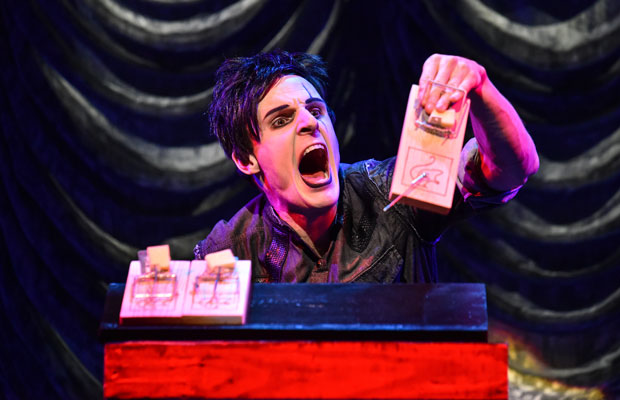 In essence, this is Mischief Theatre again doing what they do best. Namely; reducing as many people in the theatre as possible into hysterical wrecks. Whilst it may not be the most polished of their pieces, I still found myself laughing out loud more often than not. I can’t help but feel like this company have correctly dedicated themselves to a wonderful cause. Buy a ticket and delve into the magnificent silliness of the Mischief crew once more - you won’t regret it.