Still manages to pack in deafening laughs from giddy audiences

It’s almost forty years old, yet the comedic farce Noises Off by Michael Frayn still manages to pack in deafening laughs from giddy audiences. Originally staged at the Lyric Theatre in Hammersmith in 1982 where it has been recently revived, this hilarious play-within-a-play is now showing at the Garrick Theatre for a limited run.

Noises Off is set in three acts and begins with rehearsals for a production called Nothing On – a play involving slamming doors and countless plates of sardines. We’re introduced to Dotty portrayed by the brilliant Meera Syal, and chaotic Garry (Daniel Rigby), both being directed by Lloyd (Lloyd Dallas) as he wanders through the stalls calling out instructions, whilst bit by bit things slowly fall apart. 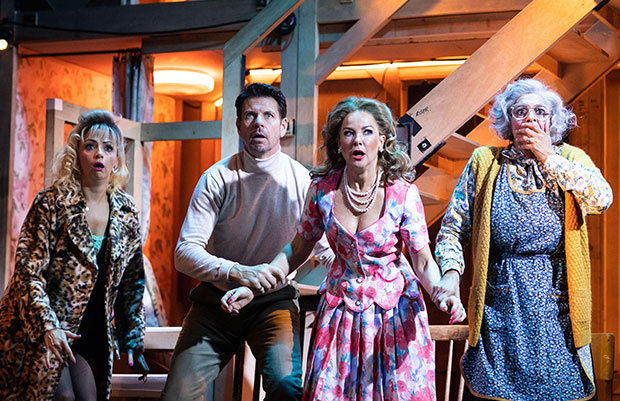 In the second act we dive backstage as the set rotates to view the frenzied antics from behind-the-scenes when the play is one month into its run. This is where the hilarity is upped a notch. The cast fight amongst themselves using anything from axes to costumes as weapons, panic rises amongst those trying to keep things together and deliver their lines. Anything that could go wrong on stage does. Laughter was echoing all around the auditorium, and even though barely a word of dialogue was spoken in this act, it really showed how timeless physical comedy can be.

The third act is set during the production’s last few weeks, where things have both literally and figuratively fallen apart. The farce is performed with a pace and energy like no other, and the madness of it all is a joy to watch. Although the play is fairly old, the comedy of it has generally aged well. However it does come across as slightly dated as it doesn’t bring anything new to audiences, and its innovation when it was originally staged doesn’t seem as ground-breaking anymore. The farce as a genre has seen a revival in the West End with Mischief Theatre’s series of plays, the most well-known being The Play That Goes Wrong. If you enjoy this style of comedy then seeing one of the earlier masterpieces of the form is a must. 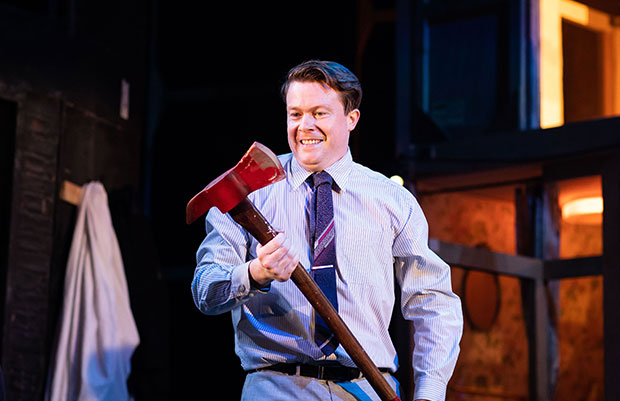 Director Jeremy Herrin has done this complex piece of writing justice. The cast, which also includes Simon Rouse, Sarah Hadland, Adrian Richards, Lisa McGrillis, Richard Henders and Anjli Mohindra, are all on top form, ensuring that while it may not be breaking any new ground, this production of Noises Off is one to watch for a good night out filled with laughs.