"as deeply considered and thought-provoking as ever"

Nina Raine’s Consent was a big success for the National Theatre this time last year, so it is little surprise to see this play be revived in the West End. And in its new home in the Harold Pinter Theatre with a mostly new cast, it proves to be as deeply considered and thought-provoking as ever, especially in light of the #MeToo movement and the way that society is – hopefully – beginning to treat victims of sexual assault differently.

Raine’s play focuses on the legal profession and the ways in which rape becomes ‘just another case’ for those prosecuting and defending, the collateral damage of those intimately involved something to just cast off over a nice bottle of prosecco in the evening. For Edward and Tim, barristers on opposing sides, the courtroom is almost like their theatre, whether officiously dealing with the case of rape victim Gayle or competing for a putative love interest’s attention in the name of research. 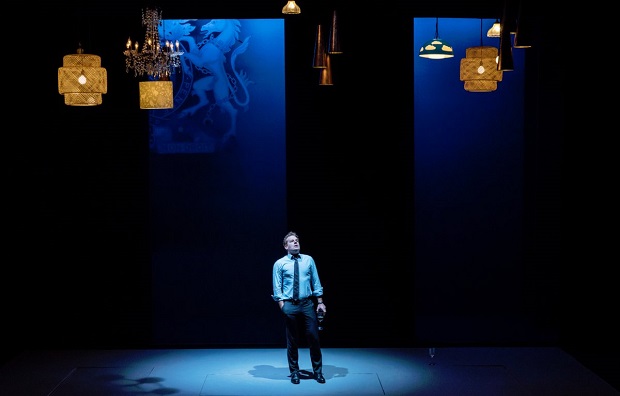 But as easily as they shake off a day’s work over wine and flirtations, the arrival of Gayle gatecrashing a house party throws their attitudes into stark relief. And when their own lives become entangled in allegations of rape which are much, much closer to home, we see how the way in they deal in the law has permeated every aspect of their personal lives. Raine is far too canny to weight her arguments in favour of one side of the other, so the audience gets to becomes judge and jury.

Roger Mitchell’s production has been substantially recast from its original run and largely, extremely successfully. Claudie Blakley and Stephen Campbell Moore are brilliant as Kitty and Edward, the highly professional couple whose smooth operation of dealing with their newborn (a real baby!) belies the brittleness of their relationship. Adam James’ pugnacious best mate and Lee Ingleby’s foppishly keen Tim also impress, as does Heather Craney’s striking performance as the distraught Gayle.

Hildegard Bechtler’s set design is an elegant sweep of contemporary aspirational living, given added depth on this stage and lit intriguingly by a tangle of contrasting lampshades. But what really fascinates is this notion of how well-equipped our justice system is to deal effectively, compassionately, clear-sightedly with cases of rape. There are no easy answers to be sure but what Consent does well is to show how much there is to debate.