Although Ian Rickson’s new production of Chekhov is brilliantly acted across the board, it is Toby Jones who gives the stand-out performance. Playing Uncle Vanya, he deftly balances humour and despair - with the disappointment and boredom of his provincial life plain to see.

From the time he wakes up on stage, Jones is captivating. Fast-tongued, he aims much of his criticism and scorn at Professor Serebryakov (Ciarán Hinds), his late sister’s husband who has recently moved back from the city with his new, much younger wife Yelena (Rosalind Eleazar). But he reserves plenty of hatred for himself too. 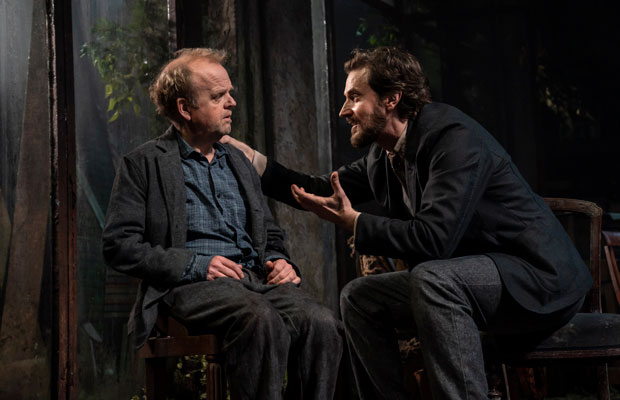 Vanya is not alone in his unhappiness – the other characters between them suffer from unrequited love, old age, restlessness and a general lack of purpose.

And yet, for all the pain of their individual situations, this is a play punctuated by humour. Aided by Conor McPherson’s well-adapted script, the drama is at is best in its touches of dark comedy - led wonderfully by Toby Jones both in drunkenness and sobriety.

Rae Smith’s beautiful set enhances the production through its mish-mash of foliage, girders, pipes, books and period furniture. Despite seeming slightly incongruous at first, this combination of items neatly complements the play’s theme of decay.

While the sprawling bookshelf reflects how beholden the whole household is to the professor’s intellectual pursuits, the leaves serve as a visible reminder of the local doctor Astrov’s (Richard Armitage) concern for nature.

Astrov, who gradually spends less and less time administering to patients, talks with joy about the forest he has planted beside his home and with prescient horror at man’s destruction of nature.

The naive Sonya (Aimee Lou Wood), the professor’s daughter and Vanya’s niece, falls deeply in love with him. He, however, only has eyes for Yelena.

As the drama surrounding the doctor and his admirers reaches its head, Professor Serebryakov calls everyone to a meeting to discuss the future of the estate, typically eschewing other people’s wishes in favour of his own. 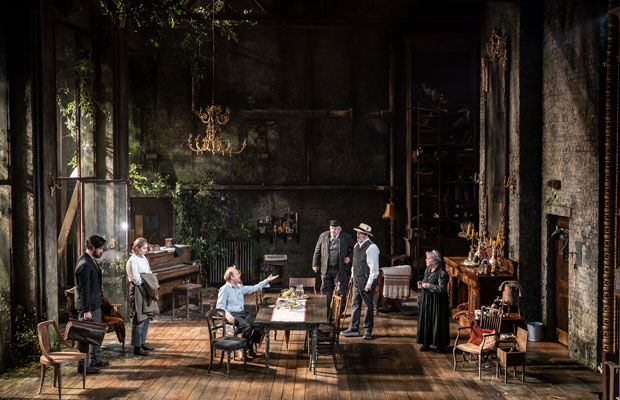 Vanya's response reveals the true depth of his desperation and leads to the breaking of the status quo.

Accessible and entertaining, the two and a half hours go very quickly indeed.