Whether it’s wizard schools or magical princesses, musical theatre is full of flashy established brands. But while some come and go, The Lion King remains a crowning glory in the West End. This adaptation of the beloved Disney film first opened in 1997 and two decades later, the tale of warring brothers and young lion Simba’s ascension to King of the Pride Lands is an engaging spectacle.

Colour, movement and innovation are at the heart of the musical’s success, and director and costume designer Julie Taymor injects a grounded African-inspired aesthetic into the story. Taymor and Michael Curry’s puppet work in particular is excellent and sends a thrill down the spine, with huge elephants dancing down the aisles and shadow puppets flitting and prancing in the background. 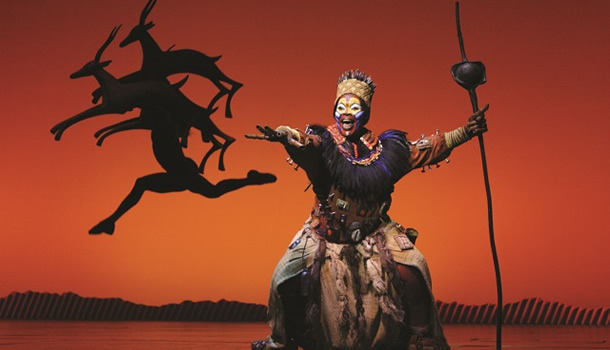 Alongside Richard Hudson’s evocative set design, this holistic approach imbues the show with vibrancy and warmth, making it stand apart as a theatrical event rather than a simple copy-paste of the film.

One aspect that has been faithfully retained, and with good reason, is Elton John and Tim Rice’s excellent songs. From fan favourite “Hakuna Matata” to the thrumming, rhythmic “He Lives In You”, the cast and orchestra create a multi-layered arrangement that easily reverberates against the back walls of the Lyceum Theatre. Top singer of the night has to go to Gugwana Dlamini, who plays Rafiki. Her incredible undulating vocal performance, both resonant and humorous, guides us through “The Circle of Life” and beyond with ease. 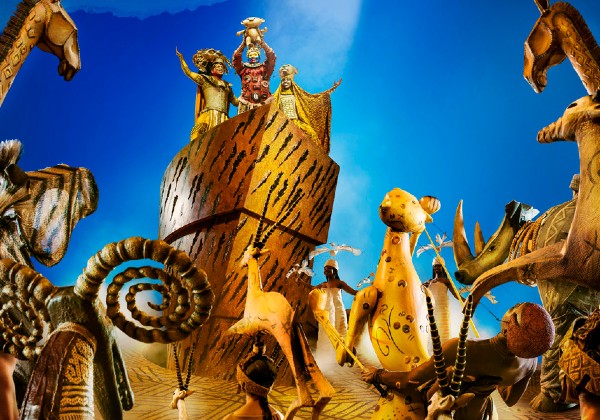 With so many moving parts, it’s no surprise that The Lion King has one of the West End’s largest casts, and the company commit to an impressive workout with Garth Fagan’s muscular choreography. In particular, Gary Jordan’s Zazu and Jamie McGregor and Mark Roper as Timon and Pumbaa provide plenty of family-friendly physical comedy, whilst veteran Scar actor George Asprey delivers a perfectly sneering rendition of “Be Prepared”.

That said, there are some loose threads in the show. Fagan’s choreography sometimes meanders, and a few of the duets could do with tightening up. Anyone used to the more sophisticated puppetry of War Horse and Harry Potter and the Cursed Child might also find this a bit dated.

But it’s worth remembering that The Lion King has an astonishing staying power and attracts worldwide audiences every year. Some of the characters are a bit panto and some of the dancing is out of sync, but one glance around the Lyceum Theatre reveals an enraptured audience. This classic is a little worn around the edges, but it still has a mighty roar.