Spellbinding stage magic that has to be seen to be believed

Despite being open in the West End for four years now, one message remains vitally important to retain the magic for those lucky enough to watch the play for the first time – #KeeptheSecrets. This review won’t discuss any part of the plot of Harry Potter and the Cursed Child.

Entering the Palace Theatre feels like embarking on a ride at Disney World Florida. Everything from the epic, art-installation frontage of the theatre and the seemingly never-ending queue of fans dressed in their house colours, to one of the largest merchandise stalls I’ve ever seen in a theatre, is designed to build anticipation for one of the most special experiences a Harry Potter fan is likely to have in a theatre. 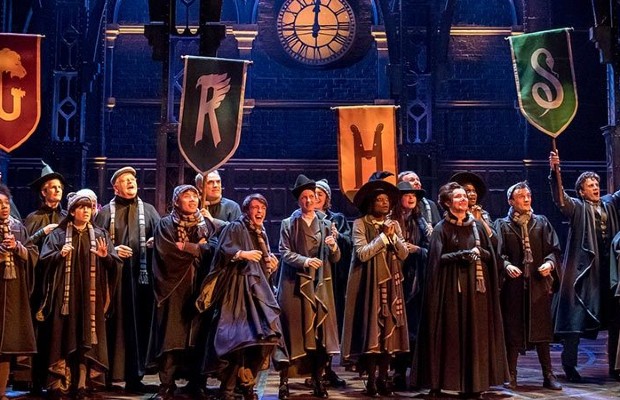 J.K. Rowling teamed up with playwright Jack Thorne and master director John Tiffany to realise the Wizarding World of Harry Potter on the stage. It’s undoubtedly a triumph! Split across two parts and spanning seven hours, the audience experiences spellbinding stage magic, the likes of which they won’t have seen before.

The current cast includes Jamie Ballard as Harry, Thomas Aldridge as Ron and Michelle Gayle as Hermione. However, the show’s heart belongs to their children – Albus and Scorpius – played with a wonderful dynamic by Dominic Short and Johnathan Case respectively. Cases’ performance is laden with hilarious nuances that really makes you feel like he’s put his own stamp on the character. 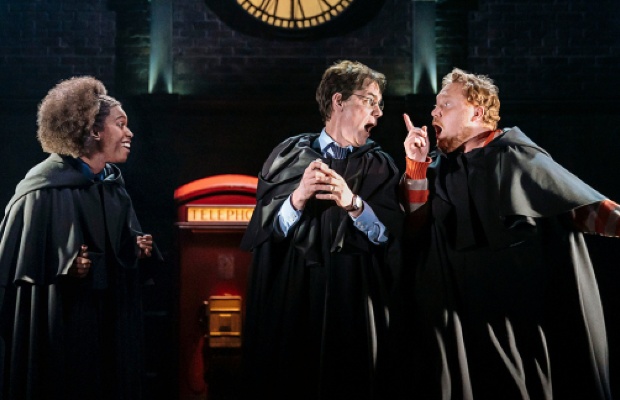 Tiffany brought on a team of his regular collaborators to help bring the play to life, including Jamie Harrison’s illusion work (which truly needs to be seen to be believed), Christine Jone’s set, Neil Austin’s lighting design and Gareth Fry on sound duty. However, it’s Steven Hogget’s movement work, complimented beautifully by composer Imogen Heap’s music, that stands out in the creative team.

This production truly is a treat for any Harry Potter fan - young or old - eager to step back into the Wizarding World and embark on another epic tale with so many familiar characters. For the uninitiated muggle,there’s so much visual spectacle and pure magic that even someone who’s never even read a single page of the books will be enthralled for seven hours. Luckily the theatre is located on a street full of bookshops so you can stop off and pick up all seven books on the way home!