A ludicrously fun evening of entertainment

It’s been quite a year for feminist historical theatre, with SIX reigning at the Arts Theatre and Emilia opening at the Vaudeville. Now, pop meets Shakespeare as & Juliet struts its way to the Shaftesbury Theatre, fusing super-producer Max Martin’s chart toppers with star-crossed lovers in a ludicrously fun evening of entertainment.

William Shakespeare has just finished his latest play, Romeo and Juliet. He’s pretty smug, but his long-suffering wife Anne has other ideas. “Does Juliet have to die?” she ponders, before challenging her husband to change the famous ending – or let her pick up the quill. 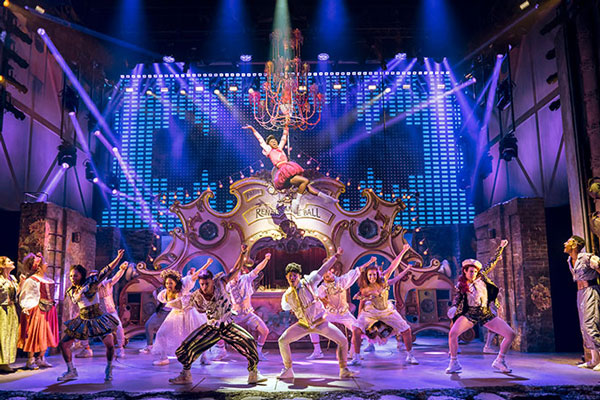 What follows is a bombastic journey from Verona to Paris, as Juliet (a hugely charismatic Miriam-Teak Lee) hits the road with her Nurse and best friends, Will and Anne meddle their way into the story, and Romeo makes an explosive return set to Bon Jovi’s “It’s My Life”. Packing in more melodramatic plot twists than Shakespeare’s most fanciful comedies alongside a healthy dose of self-aware jokes and metatheatrical asides, the show is unapologetically anachronistic and daft.

David West Read’s book is largely brisk and snappy, pulled along by Soutra Gilmour’s rotating set that zips from graffiti-strewn Verona to a Moulin Rouge-esque Parisian skyline, and costumes mixing ruffs with denim. Jennifer Weber’s choreography makes the most of the thumping musical arrangements to create stylishly rhythmic tableaus, and hits from Britney Spears and Katy Perry are largely well-placed, although a couple seem to be included for Renaissance-chic visuals rather than plot or character development.

At its best, the show embraces the breathlessness of Martin’s greatest hits, including a crowd-pleasing mashup of “Teenage Dream”/“Break Free” as the Nurse (Melanie La Barrie) and her suitor Lance (David Bedella, sporting an outrageous French accent) prance around after a one-night stand, and Juliet’s non-binary friend May’s (Arun Blair-Mangat) rendition of “I’m Not A Girl, Not Yet A Woman”. This fun is extended into the characters, who are drawn with more than a spot of teen-movie inspiration: Jordan Luke Gage’s Romeo is vain but puppyish and Tim Mahendran’s Francois is awkward and sweet. 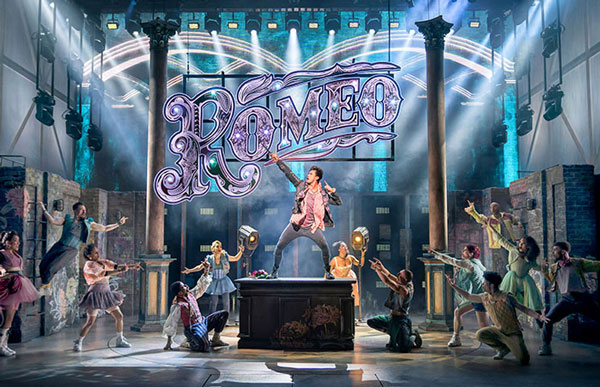 Impressive, too, is the framing device. Whilst Juliet’s name is in the title – and Lee is a powerful, confident presence that shatters preconceptions of the character - this is a play as much about Anne Hathaway struggling to address her own narrative as it is about the fictional teen. The play-within-a-play is sometimes heavy-handed, but it admirably pulls together the less compelling and conflict-free first half into a genuinely poignant ending, and Cassidy Janson combines cheesy mum jokes with a heartbroken longing.

& Juliet is by no means a perfect play, with hit-and-miss music and shoehorned plot points. But there’s something undeniably thrilling about Juliet pushing her creator aside, belting out Britney Spears’ “Stronger”, and finding a new beginning for herself and her Romeo. With so many jukebox musicals opting for by-the-number plots, this is a refreshingly earnest effort that’s sure to wheedle a smile out of audiences with its quirky charm and joyously inclusive message.