The latest cast are having a riot

With the show currently booking until August 2020, it’s clear that lots of people are still talking about Jamie.  First seen in London’s West End in October 2017 the latest cast are clearly having a riot with this little gem (or would sequin be a more appropriate word?) of a show.

The story centres on Jamie. He’s 16, he lives in a drab part of Sheffield and He. Is Fabulous. Based on the true tale of Jamie Campbell, star of the documentary Jamie: Drag Queen at 16, Jamie has dreams of becoming a fierce Drag Queen, following in the high-heeled footsteps of Mama Ru (Amen). A chance meeting with the now-retired Loco Chanelle and a new pair of shiny stilettos from his careworn mum and Jamie is making his drag debut, attending his prom in a dress and discovering who he truly is. 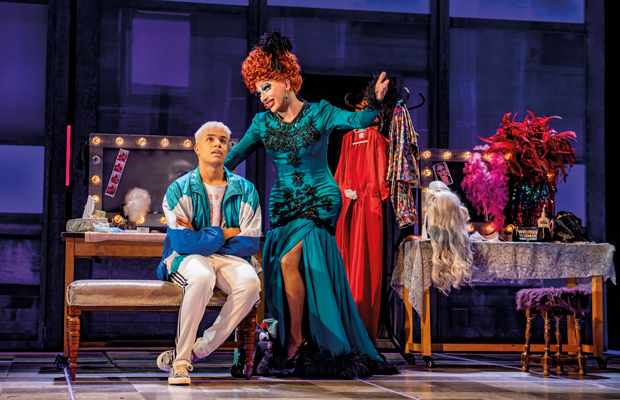 In the title role, Noah Thomas shows off some impressive high kicks and decent comedy chops. He clearly relishes Jamie’s dramatic flourishes and camp asides and the audience relishes them alongside him. Thomas’s vocals don’t quite match up to the rest of his confident performance, with some of his numbers lacking in the conviction and technical strength that his dancing and acting have. It was interesting to discover that Thomas is still a student at Mountview Theatre Academy. I'm sure that with a few more years experience under his belt, he'll be able to master the demands of an eight-show week and draw more emotional depth from the characters he plays.

Melissa Jacques, on the other hand, proves she is a vocal force to be reckoned with, reducing much of the audience to tears with her emotional delivery of two showstopper ballads, ‘If I met Myself Again’ and ‘He’s My Boy’. In Jacques’s portrayal of Margaret New, Jamie’s mother, we found the warmth, weariness and unconditional love of a mother and her son. The relationship between Thomas and Jacques was truly a joy to watch. 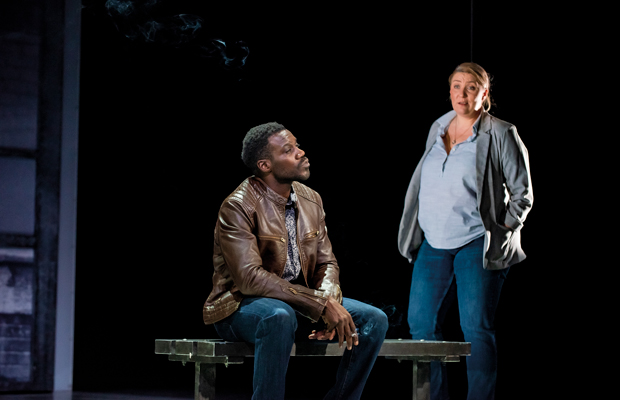 Whilst the music didn’t really appeal to my taste, Kate Prince’s choreography was fantastic- a particular highlight being the stunning contemporary duet that tells the wrenching tale of Margaret’s broken heart – a shame that these two beautiful dancers aren’t specifically credited for this moment in the show's programme.

I left the theatre reflecting on two words that seemed to be the essence of this story - ‘beautiful’, and ‘belonging’. And there’s no doubt about it, this beautiful show belongs in the West End. I’ll be talking about Jamie for a long while to come.