The Prince of Egypt review - February 2020

Movie adaptations seem such a biblical plague upon the West End that it can be difficult to be excited when another one arrives. Considering the last example I saw at the Dominion Theatre was BIG: The Musical, I can be forgiven for a little scepticism when I walked into The Prince of Egypt. I was pleasantly surprised, however, to find this screen-to-stage conversion to result in an impressive production featuring ingenious staging, meticulous choreography and one of the hardest-working choruses I have seen on the West End. 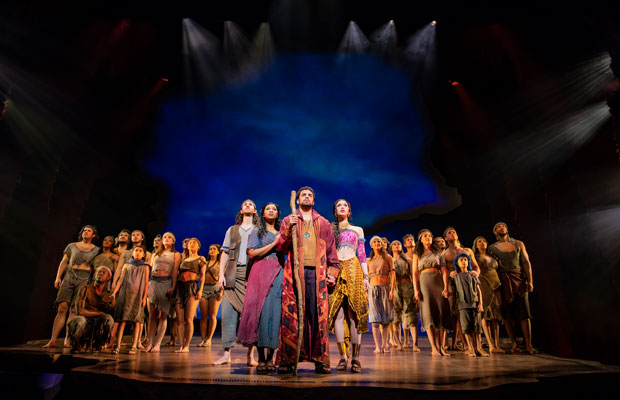 Adapted from the 1998 Dreamworks animated film of the same name, The Prince of Egypt tells the story of Moses and his deliverance of the Hebrew people from their bondage to the tyrannical Pharaohs. The tale is a cornerstone of many faiths around the world and, like the film, the musical tells it effectively. Opening number Deliver Us, sung by a chorus of labouring slaves as they heave stone slabs into place and suffer under the whips of their Egyptian slavemasters, immediately puts across a feeling of desperation. This is horrifyingly complemented by stylised scenes of infanticide that were unexpectedly gruesome.

Amongst the toil and mud, we witness Moses’ mother Yocheved (Mercedesz Csampai) setting baby Moses adrift amongst the reeds in his woven basket – and a glimmer of hope begins to shine, exemplified by his sister Miriam, whose younger self was played by the delightful Hannah Selk in the performance I saw. What a voice! She’s a star in the making for sure.

From Moses’ young adulthood as a tearaway adopted prince, to his eventual banishment and return as a prophet and saviour to his Hebrew brethren, the combined charisma of Luke Brady as Moses and Liam Tamne as Prince (and eventually Pharaoh) Ramses make the familiar story highly enjoyable. It’s a tale of brotherhood and the conflict of love and rivalry between its two leads is tangible. 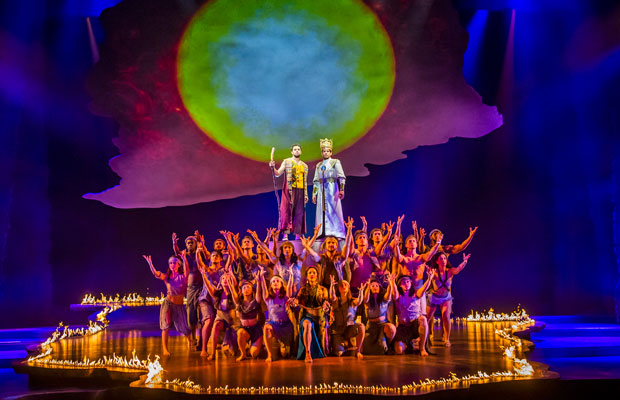 Christine Allado puts in a powerful performance as the defiant Tzipporah and Adam Pearce is deliciously wicked as the show’s true villain, High Priest Hotep. All central performers have strong voices and just the right presence for their characters. Safe to say, the show is well cast.

The true star(s), however, is the amazing chorus. As the scenery changes between the building site of a great pyramid, the interior of the Pharaoh’s palace, the banks of the Nile, the endless desert dunes or the imperial city – the meticulously drilled chorus is put to work moving blocks and forming the shapes of flowing water (or blood in one famous instance), static statuary, a raging sandstorm and the iconic burning bush. The choreography flows so smoothly and is complemented by incredibly effective projections and occasional pyrotechnics. This all combines to make the scene changes almost become the highlight of the experience. I must emphasise that this chorus, under choreographer Sean Cheeseman, should be heartily congratulated for making this all work so well. 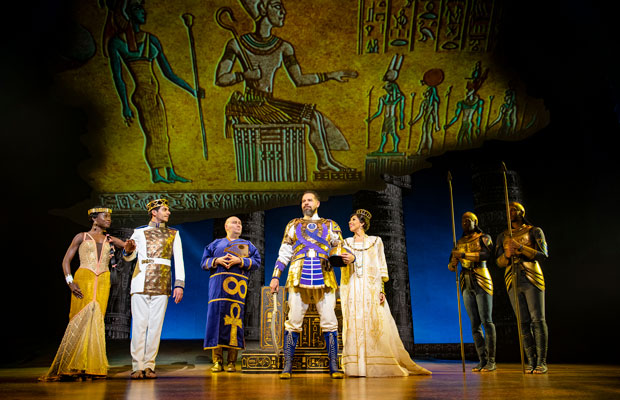 Compared to the brisk pace of the film, the musical is a little bloated – with a few weaker numbers that could probably be cut. Overall, though, The Prince of Egypt makes for a very enjoyable visit to the Dominion Theatre. Meticulous stagecraft, excellent performances and striking visuals make it worthy of the moniker “biblical epic.”