A badly thought-out and woolly storyline

Few boy bands of the 1990s have had such an impact as Take That. For many teenagers, they were a band who knew how they felt. Today they remain as popular as ever, so creating a(nother) musical with their songs seemed plausible.

However, the sad reality is that Tim Firth’s show is badly thought out, with a woolly storyline, remixed songs that fall flat and a group of lads from a reality TV show that fail to live up to expectations.

Five friends are obsessed with ‘The Band’, which gets them through the highs and lows of their life. They finally get the chance to see the boys in concert and have the best night of their lives, excitedly talking of their future as they head home. When tragedy strikes the girls go their separate ways. But 25 years later, Rach (Rachel Lumberg) wins tickets to see The Band’s reunion tour in Prague and decides to invite her old friends... 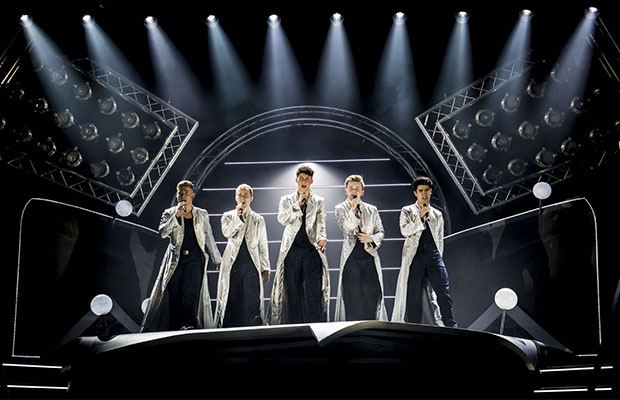 There is a poignant undertone to the musical. Perhaps the key message is that life doesn’t tend to pan out how we expect. There is love, loss and our dreams may not become reality. This does get through, particularly in the final scene, as the acting from all 9 ladies (particularly the older four: Rachel Lumberg, Emily Joyce, Jayne McKenna and Alison Fitzjohn) is actually pretty strong.

Unfortunately, the singing is pretty average. From the girls this could be interpreted as normal people just singing along to a band; however, from the boys playing the band (Five to Five from reality TV show Let It Shine), I would’ve expected more. The overall effect of the band is cheesy at best, as they crucify a lot of the songs and really don’t do them justice.

However, for anyone who is a huge fan of Take That and just wants a night at the theatre, it’s worth a shot. For anyone who just likes a few songs but prefers to watch something with substance, give it a miss!